Cradle Of Filth to venture ‘Into The Pallademonium’

Following their rather eventful appearance at Bloodstock this past weekend, Suffolk hellhounds Cradle Of Filth have announced a very special show at the legendary London Palladium on Saturday 19 October.

The ‘Into The Pallademonium’ event will see them perform ‘Cruelty And The Beast’, which celebrates its 20th anniversary this year, in its entirety. A second set will see them what the band describe as “graven favourites”. 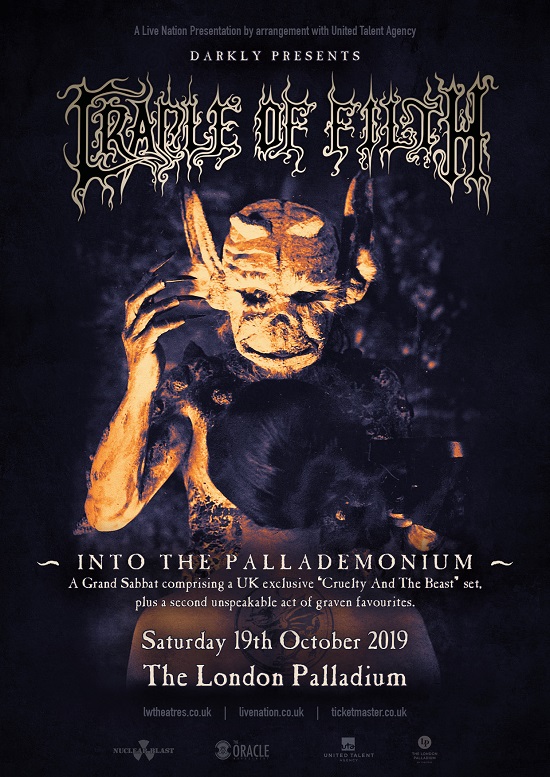 Cradle Of Filth founder and frontman Dani Filth says of the one-off show:

“It’s certainly going to be a night to remember, with a massive production accompanying not one, but two sets from yours truly, in a night dead-icated to all things ghoulish, flamboyant and macabre. So come on down to London Town fellow creatures of the night and experience Cradle Of Filth as you’ve never seen us before; performing not only one of our most celebrated releases, but also a slew of other fan-favourites, amidst cool and opulent surroundings.”