This was a rescheduled gig following the demise of the Muni in Pontypridd.  Also, it was the third and final gig on the April leg of the Cats’ headline tour in support of the album ‘A Day Trip To Narnia’.

Having reviewed the album earlier this year it was an opportunity to see what was going to be the third and final time I’ve seen the self-proclaimed ‘70s glam fans in their final format, as Paul Mandi is leaving the band.  This is a shame, as he suits the style of the band and his vocals are some of the most impressive on the current circuit.  Despite this there was still much to admire. 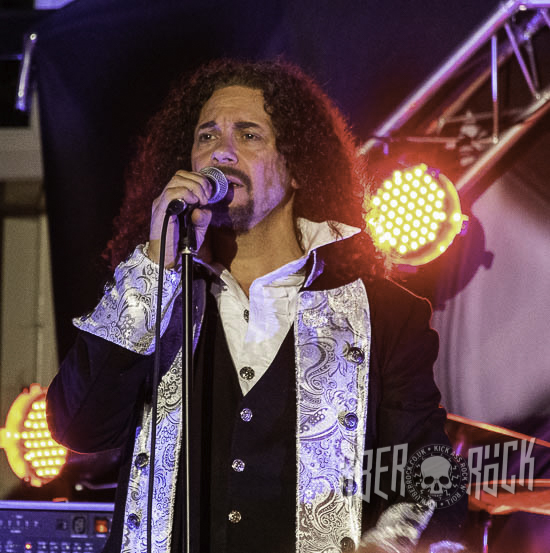 One more disappointment was the absence of Psycho Kiss from the bill due to ill health.  Shame as Helen Ceri Clarke has one of the better female vocals around too.

Despite the potential for a mixed bag of feelings the support act of Infinite Space Theory (previously unknown to me) came on the stage.  First impressions were of a band of Hairy Bikers on guitars, Bobby Ball on drums, Keeanu (from Eastenders) and singer in a Luce Libre wrestling mask, all of which had me wondering what the hell was going to happen.  It didn’t take very long for me and the audience to realise they were actually a very good band of musicians.  With no current merchandise it made it difficult to provide anything other than an appreciative review of the band.

The mix of late ‘60s Doors infused prog rock (with Jim Morrison at his stoned best) provided 45 minutes of musically diverse songs of typically prog length tracks.  Despite the mask, the vocals were very good, and this was also supported for one very long song by the guitarist singing whilst the vocalist spent his time on his knees.  If they were on another bill I for one won’t complain. 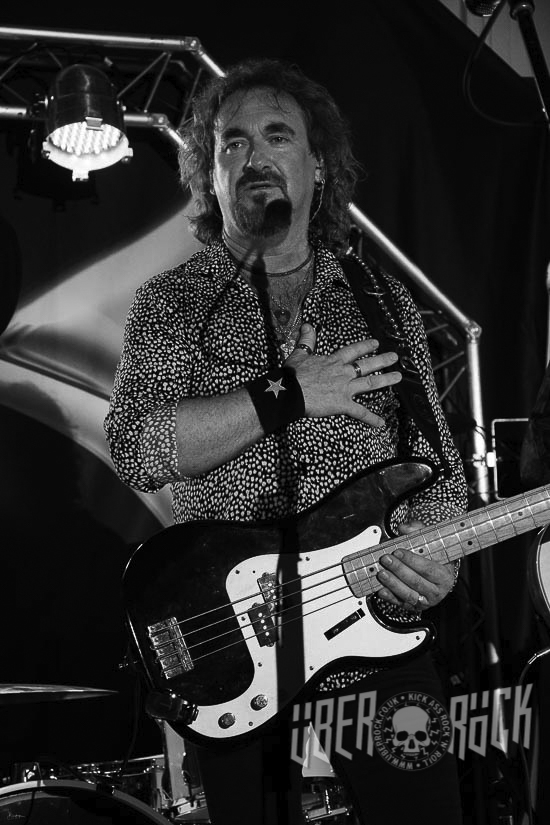 With only two bands on the bill, the Cats started and provided an almost two-hour set of high class musicianship and entertainment.  Kicking off with ‘Johnny Rocket’ from ‘…Narnia’ was a good way to go. It was easy to tell that the crowd was very partisan from the arrangement of Cats T-shirts and “ears” on display.  ‘Too Many Gods’, ‘Mad Hatters Tea Party’ and ‘Clown In Your Nightmare’ went down a storm.  Manzi led the crowd through the “story” of Narnia before the title track made its appearance.   ‘Mr Heartache’ from ‘Too Many Gods’ and ‘Timebomb’ from ‘Scarecrow’ made up the essence of the first half.

This was then calmed down by a very good acoustic session of ‘Chasing Diamonds’, ‘Man In The Moon’ and ‘September Rain’.  ‘The Last Man Standing’ and ‘Scars’ kicked off the second electric session.  ‘Silver And Gold’ rapidly followed.  I really like the rather tongue in cheek lyrics of the latest album.  This is demonstrated nowhere better than the rather critical message within ‘Hologram Man’.  The inclusion of ‘The Greatest Story Never Told’ probably touched a few psyches of those of us of a certain age, (those old enough to remember glam rock anyway).  The main instrumental section still reminds me of ‘Music’ by John Miles. Further tongue in cheekiness followed with ‘Five Minute Celebrity’ before the encore of a drum solo and ‘Thunder In The Night’. 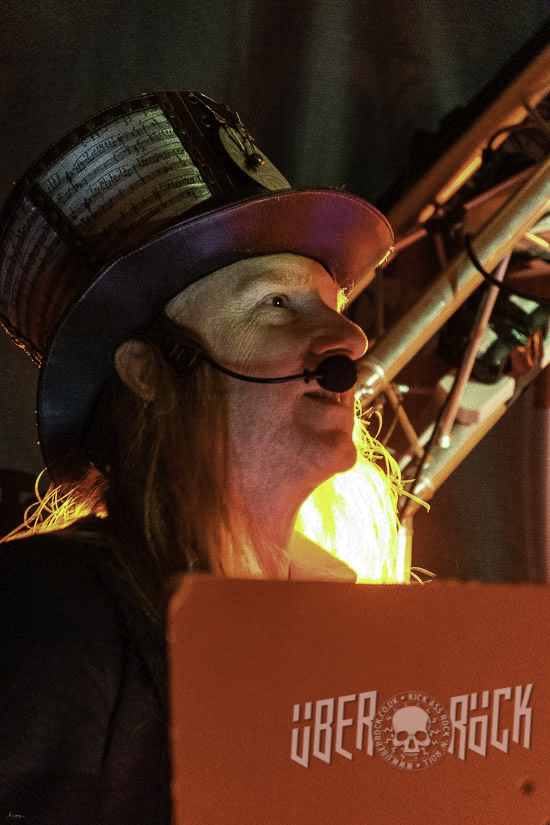 Altogether, a great “Tour of Narnia” – even if it’s the last one in this guise, it is well worth the trip!

Cats In Space conclude their ‘Tour Of Narnia’ with the following dates: