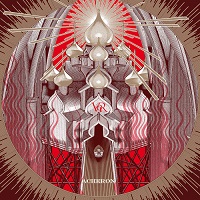 ‘Acheron’ is everything you could want from a melodic death metal release. It is dark and heavy but is also nicely broken up at times with lighter more melodic segments. There is a good variety of speeds and tones throughout the album making it flow very well from track to track. It never gets too repetitive or stale. Everything feels very intentional and well thought out.

The music starts aggressive and heavy-hitting and nicely stays that way for the first few tracks of the album. There is an almost black metal influence at times that I think these first few tracks bring out nicely but as the album goes on it opens up to have more melodic elements instead of as much of the heavy influences. This makes for a great evolution from track to track while never losing its way. Every track feels like its own thing while still being very much a part of the whole. Real thought was put into making the overall experience feel complete. One thing I would say is that with melodic styles of metal I have become used to hearing a unique instrument added into the mix such as a violin or piano or something similar. I did not notice that here except for one or two tracks. I found that a little unfortunate, but it really does not take away from the overall experience. The guitar work is so good that it made up for it anyway.

The vocals are also flawlessly executed. In the beginning, we have that deep throaty growl that is expected in death metal but as the album goes on there are some other vocal styles that are thrown in as well. We get some aggressive shouted vocals as well as some vocals that I think the best way to describe is a spoken grumble or something similar. All the different styles complement each other very well and are used in just the right balance that you never feel like they are overdoing it.

This is a great album to add to your library. It is great standing on its own but also complements a playlist really well. This fits nicely with any other death metal or melodic metal that you might be listening too or even if you are listening to a lot of black metal. It might not be as heavy as most black metal but it will fit nicely into the playlist to add a little variety. It is hard not to like this album. Definitely give it a try.