Bent Knee – ‘You Know What They Mean’ (InsideOut) 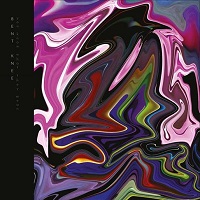 Bent Knee are a band that first came to my attention when they supported Haken earlier this year, when they, unfortunately, went on late and only got to play half their set due to some quite bad set up mishaps, but I could see just from that 20 minute set that they were quite batshittingly brilliant live – how would they fare when listened to at home is a much sterner test with me. In this case, they have unerringly hit that same mark.

The album feels like a complete work, yet there are so many different sounds and bits in it that this simply should not be the case. Bits that sound like horror samples, bits of jazz, bits of stoner, bits of prog, bits of pop, bits of avant-garde…the list could go on, the range of their writing is somewhat more eclectic than even I was previously aware. Courtney’s vocals go from Grace Slick-esque warbling to soft, 50s pop-crooning to something quite different altogether in a manner that the likes of Mike Patton would be pleased with himself – with the pedestal I hold Mike on, that is some praise!

Opening with what sounds like a sample, our first real track is ‘Bone Rage’, which starts with a horror sample – or at least the sound of such – goes quickly into a track that seems to cross genres itself, progressive stoner being about as close as I can describe it, as Jefferson Airplane meets the more out there Faith No More tracks, such as ‘Jizzlobber’. ‘Hold Me In’ is another that just peeks out from the myriad of top-level tracks on this release, coming across like a mix of disco, psych and progressive rock, with some lounge music thrown in for good measure! It’s this precise mishmash of sounds within songs themselves that makes Bent Knee quite so hard to define, yet also delights those whose tastes veer across the place, too.

To cut a long story short, this is a release that feels like it shouldn’t work, like it is too eclectic, but manages to sound all the better for it, a feat that is certainly not easily achieved and that many before them have not managed. If you haven’t heard them before, you are in for a hell of a ride – this isn’t just a contender to make a top 20 of the year list, it has usurped the throne of my album of the year to date when 2019 has had so many ridiculously good releases. The tracks are merged into each other in a way that Nine Inch Nail’s ‘Pretty Hate Machine’ did so well, so that it feels like a continuous story or journey, with the peaks and troughs coming both on a track by track basis as well as within the songs themselves.