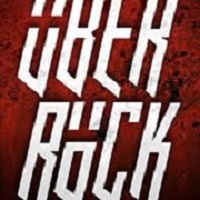 A top Northern Ireland promoter has taken an unprecedented move to impose press censorship by banning Über Rock from all of their events and venues.

Shine Promotions, owner of Belfast’s historic Limelight complex, have apparently blacklisted our site – but, so far, have not had the balls to tell us that they have done so. And, in a stunningly unprofessional move, they have decided to let other promoters across the ÜK know of their decision, in a blatant move to attempt to bar us from other gigs and venues.

As far as we can tell, the situation arises from a Facebook comment I made at the end of February about the price a band (whom I will not name) were charging for their T-shirts, accompanied with a tag to the band’s singer. Dozens of people agreed with my comment. However, despite the comment being about something outside of their control (apart from the 25 per cent cover charge), the promoter, who was not mentioned in said comment, responded by demanding us to “go easy” on shows we are invited to review, adding that it “isn’t acceptable to disparage them online“. I responded by asking if they did not want music critics to do their jobs, and criticize anything they saw wrong with a show. The promoter’s response was “I think my position is pretty clear here“.

Two weeks later, we were ejected from Ricky Warwick’s hometown gig in the same venue. The promoter’s representative, who hid in an office and spoke only by ‘phone to his front of house staff, claimed our email from the PR company was a fake. It takes a lot of trouble to fake an email trail, unless you’re pulling a scam. Anyone who has followed ÜR for the past 13 years will know that we are definitely not a scam.

This past weekend, we found out we have been blacklisted not from the promoter or the venue’s management (who are one and the same) but by a fifth party. Yes, not a third party, but a fifth party. They (the promoter) told the management of a band, who in turn told the management of a second band, who we were due to interview at the venue, to tell the second band to tell their PR company, who had the decency to ‘phone us at 2pm on a Saturday afternoon to appraise us of the situation.

We have twice asked the Limelight and Shine Promotions for an official statement on the situation. At the time of publishing, nothing has been forthcoming. On this occasion, unlike a good rock ‘n’ roll show, silence speaks volumes…

We kick ass, we don’t kiss it. And we will, and won’t, on this occasion. This move by the Limelight and their parent company Shine Promotions (and, by default, their associated companies) is nothing but a knee-jerk reaction to fair criticism and a Putin-esque attempt to censor the freedom of the music press to criticize things that they see wrong about gigs or the industry as a whole. If a guitarist is so out of tune it’s painfully obvious, are we supposed to say it was the most sublime piece of obtuse jazz-inflected shredding ever? If a singer falls off stage and breaks his leg, are we supposed to remark on the expertise of his collapse? Is my name Alan Titchmarsh, claiming everything is rosy while ignoring the stinking pile of manure in the corner of the garden? No,my name is MONK and I shout SHITE Promotions when I smell it!

If the Limelight or Shine ever deign to answer our requests for a statement, we will of course print it. But, we’re not holding the presses…