Prog rock legend Fish has revealed that he has cancelled all touring plans until at least next Autumn. This includes his planned February dates and all festival appearances for next summer. 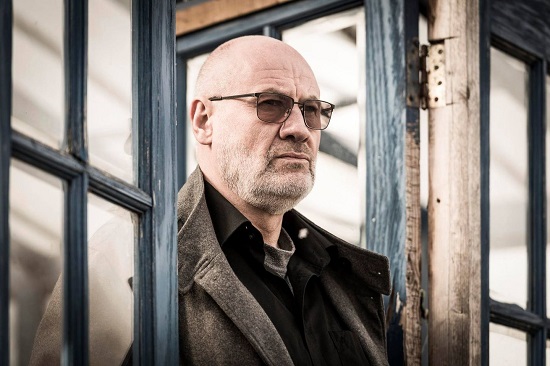 In a typically honest and heartfelt post on his Facebook page, the singer – who has just released his final studio album – said:

“After consultation with my UK promoters at Gig Cartel and venues we have decided to cancel the February 2021 UK tour which was replacing the March 2020 dates and refund the ticket money.

It has become obvious that there was no way that this tour could go ahead given the current circumstances which I’m sad to say don’t look like they will be getting any better anytime soon.

I’m not willing to risk either the health of fans or local teams at the venues nor the health of my own band and crew and it leaves me no other option than to announce that this tour will not be going ahead.

“I’ve blown all the festivals next Summer and keeping my fingers well and truly crossed that I can get out on stages next September for the European tour that we should have been on just now.

“As we all know it’s impossible to make any firm plans for the future as the situation is so volatile and it’s doubly galling to have the ‘Weltschmerz’ album receiving such brilliant reviews and being unable to take it out on the road.

“The Autumn 2021 European tour and the UK shows currently on the books for November ‘21 are still in play until I am told otherwise but I am anticipating we will still have insurmountable issues to deal with in that period.

“My heart goes out to my band and crew and everyone else out there involved with live work who are resigned to an intolerable wait to return to what we love doing and who are currently in this enforced limbo hoping that our circumstances will change and we are allowed back out to play and earn a living again.

“Until then we just have to be patient and hope that the rules, no matter how difficult, are adhered to and that the message gets through. A circus will not be coming to your town until the infection rates are substantially lowered and under control and that can only be obtained by due diligence on the part of every individual out there. We are all frustrated and angry and bored with constraints but it takes a collective effort to get through this to another side.

“This isn’t how I thought that my ‘end game’ would play out and I feel like I am taking a ‘gap year’ in my retirement. There’s no point in stamping my feet or howling at the moon and I just have to find a new way forward and discover some silver linings in the murk of dark clouds just now.

“I’m more than aware there are lots of people in a far worse predicament than I am and I genuinely feel for them. By cancelling this tour now the disappointment at losing the shows can in some way be alleviated by the refund of ticket money in the lead up to what looks like being a testing Christmas period.

“Mark Shaw and the team at Gig Cartel agreed that this should be done sooner rather than later and the venues have been alerted to the cancellations. You can get your ticket money refunded at point of sale where you bought the tickets.

“I’m sorry to bring you this news but I think we all knew in the back of our minds that this tour would not be happening. It is a blow but we can come back from this.

As Fish stated, full refunds for the February dates are available from point of purchase.