Black Star Riders have just released their fourth studio album, ‘Another State Of Grace’, and are preparing to return to the Über  Kingdom of Rock ‘n’ Roll for the compulsory supporting tour.

However, frontman Ricky Warwick made an impromptu visit home to his native Belfast earlier this week, to catch up with family, watch a couple of football matches and record a session for a certain national broadcaster.

Of course, he also popped into ÜRHQ for a chat about the album, how quickly guitarist Christian Martucci has fitted into the dynamic of the band, the changes in their approach to recording ‘ASOG’, his relationship with former bandmate Damon Johnson and picking the tour setlist.

Naturally, it being Über Rock, he also let slip a few juicy titbits, including the details on his latest solo album… 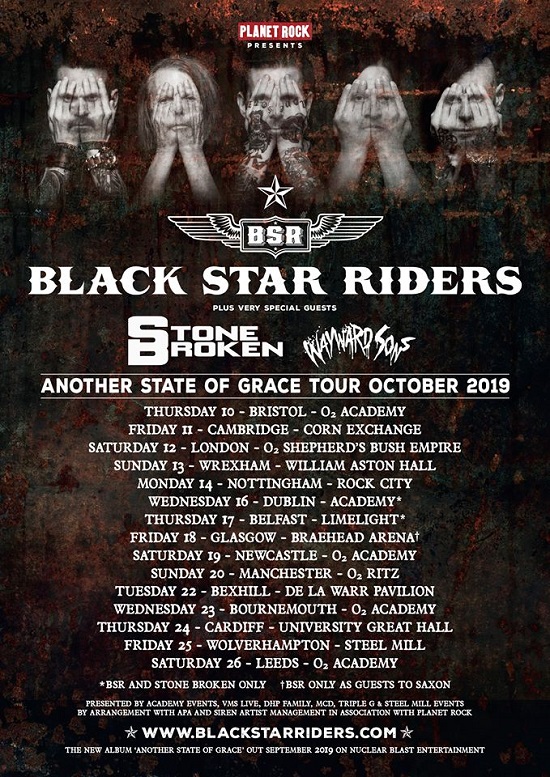