Marsha Zazula, who with her husband Jon founded the legendary Megaforce Records label in the 1980s and was called “the Metal Matriarch” by Metallica frontman James Hetfield, died this past Sunday (10 January) after a battle with cancer. 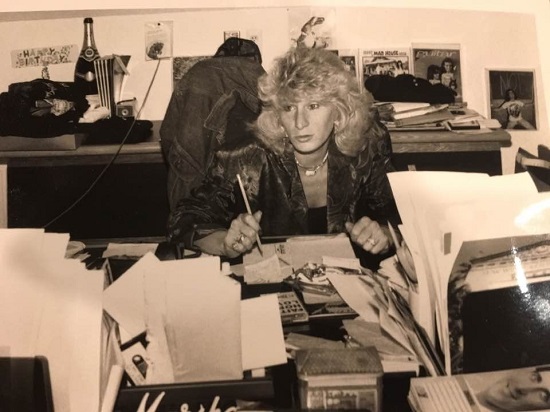 Marsha Zazula most definitely led the way for shattering the glass ceiling for women in the male-dominated heavy metal industry. With her husband, she was responsible for launching the careers of a virtual lexicon of legendary acts, releasing early albums by the likes of Metallica, Anthrax, Testament, Overkill, Kings X, Raven and many more.

“She was a mother and mentor to many, and a role model as a woman breaking the glass ceiling in an industry run by men. She had balls, beauty, brains and vision.”

Tributes from the many bands with whom she worked were led by James Hetfield, who posted:

“Marsha Z is the Metal Matriarch of the East Coast. She was our mother when I had none. She made great sacrifices for Metallica to grow. Thank you Marsha. Love and positive energy to the Zazula family.”

“Marsha was an incredibly selfless matriarch who had an enormous impact on my life and the lives of countless others… I will forever be grateful to her, Jonny and the entire Megaforce family for taking a chance on a gang of misfits and outsiders like ourselves and for helping connect us to a larger and like-minded audience.”

“She kept things balanced. She was this steady hand, a calming force, during these intense moments — and there were intense moments! Jonny and Marsha were really a team; she was there for every decision. Jonny, bless him, was the stereotypical hot-headed, East Coast label executive — patience and calm may not have been his strong suits — and she balanced him out.”

“My life would be very different without her. We worked very closely for the love of music and art, we built our relationship on those two things. I am saddened to wake up to the news of her passing. My love to the family and the people she touched.”

Another deeply personal tribute was paid by Maria Ferrero, of the New York PR agency Adrenaline, who met Jon and Marsha Z when she was just 15:

“I was their first customer and first employee. They took me in and took a chance on a suburban punk rock girl with no direction. Marsha Zazula had an incredible impact on my life – I am forever grateful to Marsha, Jon and their daughters. Marsha was a wonderful friend who brought out the best in me. In our 40 years of friendship, Marsha welcomed me into her family, guided my career and encouraged me to be my authentic self – like she always was. There is never enough time with those we love – the times we had the good fortune to share were of LEGEND – traveling the world, experiencing culture, appreciating nature and so much more. Every person Marsha met was better for knowing her. I cherish these memories and am incredibly grateful for the time we had. I would not be the woman I am without you!”