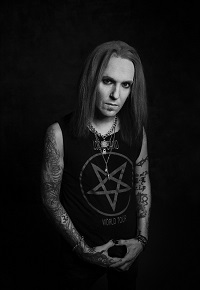 Alexi Laiho, best known as the frontman of Finnish black metal superstars Children of Bodom, has died suddenly at the age of 41.

It is understood that Laiho, who had suffered from a number of long-term health issues in recent years, died at his home in Helsinki last week, but the news was only announced this morning (Monday 4 January).

In a statement issued via Napalm Records and various social media channels, bandmates Daniel Freyberg, Mitja Toivonen and Waltteri Väyrynen – members of Bodom After Midnight, the supergroup formed last year by Laiho after CoB bowed out in December 2019 – said:

“We are crushed by the sudden passing of our dear friend and band member. Words cannot describe this shock and the profound sadness that we feel.”