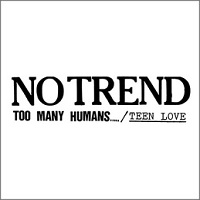 Dear God, please make it stop! Look I don’t want to shit on this too much as I think there are probably people who would like this but as far as I know I don’t know them. For someone who likes this genre, though, I think this would probably be an album, they would be into. There is a lot here as well, which if I liked the music I would love how much is packed in. I just can’t get into what I am hearing. It is really not my style.

The music is an absolute full-frontal assault, but it does not seem to be organized in any way I recognize. Things are out of sync and repetitive. At the risk of sounding like an old man, it seems like it is just noise. I like punk but this is something else. I could never get into the rhythm of the music instead it just stressed me out. It felt like something was wrong. If you like that style great but, for me, I found the whole experience quite uncomfortable and just could not get into it.

Vocally, I actually feel like there is a lot of potential there. There is a rough tone and shouted anger in the style that really is well suited to punk. However, just like before it seemed that any time the music and the vocals synced up was an accident rather than an intentional thing. For the most part the vocals were also just as repetitive as the music. The few times a track would start and grab my attention, by one minute in the repetition would have me ripping my ear out and I was wishing for any part to feel like it synced up. There was a cool vocal effect on the track “Do As You’re Told” so there was that at least.

I have a feeling that I will get some, probably justified, hate for this review. I am sure there are some people who like this, but I have never wanted to be done with an album this bad in my life. In all honesty there were some tracks I could not even finish. Someone out there will love it but I have no idea who you are for me though I will be avoiding this album from now on. Maybe give it a listen but I would listen first before you buy for sure. Just in case.