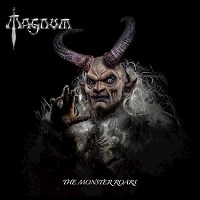 After almost five decades in the music business, and a temporary hiatus between 1995 and 2001, Magnum have become much more productive in the latter part of their career, releasing some form of music or other almost every year since 2001.  If you ask someone who sang ‘On A Story Tellers Night’ or ‘Vigilante’, they may struggle to name the band but would recognize the titles. However, these are two of my favourite Magnum tracks. Could this better either of these? To find out more read on.

Having already released two singles from the album – ‘I Won’t Let You Down’ and ‘Stepping  Stones’ – there is much to be picked up on the album beyond these two tracks. Keeping their roots in AOR, the band continue to write full-bodied tracks that demonstrate the time served in the business.

The addition of a new bass guitarist – Dennis Ward ex-Pink Cream 69 and Place Vendome – who provides additional backing vocals for Bob Catley adds an extra dimension to the tracks.  From the title track through to the final track, the majority of the tracks come in at around four to five minutes, with the exception of ‘Your Blood Is Violence’, at just over six minutes.

Throughout the album you’ll get what you expect from Magnum: power vocals from Catley, superb instrumentation from the rest of the band and each song that builds to each crescendo chorus and breakdown with underpinned keyboard support from Rick Benton and thumping drums from Lee Morris that can also drive the rhythm subtly when required.

Whilst the publicity blurb extols the virtue of the title track (which is good), it was not the one that had me nodding along and tapping my feet whilst having it on repeat. That honour goes to ‘All You Believe In’; a quiet piano opening is soon surpassed by the guitar and vocals which has a real anthemic feel to them before the crescendo and breakdown really rip it up.

The guitar playing of Tony Clarkin-is continually rhythmic until the breakdowns with a variety of styles that demonstrate the ability that he has built over all the period he has been with the band.

‘Your Blood Is Violence’ delivers all you you would expect from a 6 plus minute epic that will blow audiences away when done live.

‘Walk The Silent Hours’ demonstrates the balladic intent of the band whilst continuing the style that the band have built up over many years. Then an unexpected punky guitar opening to ‘The Day After The Night Before’ throws a bit of a curveball alongsideTom Petty-esque chorus, albeit talking about virgin queens and a keyboard underpinning the middle third before the build to the crescendo and breakdown.

Whilst the album stands as another Magnum AOR demonstration, there is the opportunity to buy a souvenir collection which includes the cover of the Searchers hit ‘Sweets For My Sweet’ (their very first single release away back in 1975) and a few other early unreleased bonus tracks that I am sure a few fans will want to add to their collection.

It’s a good album that I will add to my collection when I get to go to the gig in my neighbourhood: probably the best way to get the music from the band.

Magnum are due to tour in March/April: