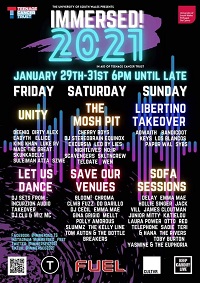 As our coverage of the first two days has shown, the eclectic nature of the artists concerned meant that many of them fell outside ÜR’s remit. However, our support for rising new talent is well-known, and so we asked our “Valleys Correspondent”, David O’Neill – himself a lecturer at USW – to check out proceedings over the course of the weekend, and give us a brief synopsis of each and every act showcased over the weekend… So, let’s catch up with his thoughts on the Sunday performances, starting off with the ‘Sofa Sessions Stage’ where, as its name suggests, all the sessions were acoustic solo sets, some recorded in the university facilities and others from the artists’ homes. 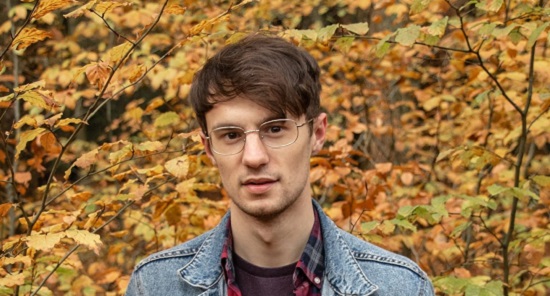 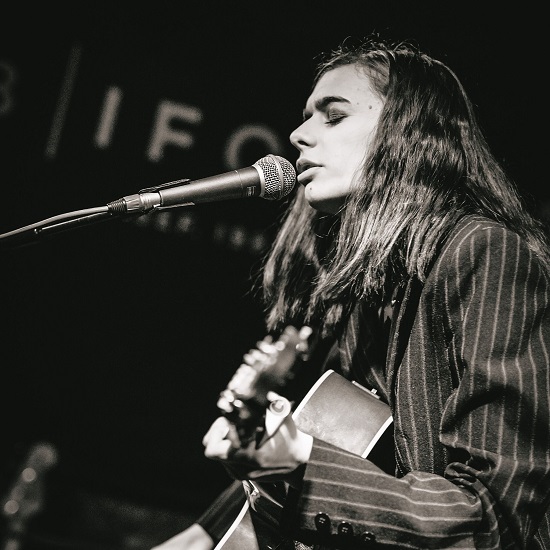 The highlights of Sunday for me were the university band Delay – what an amazing style and vocal performance from these four.  The other one that blew me away was Laura Power – fantastic tone, power and unique style and to top it off she was diagnosed as being deaf two years ago: brilliant ambassador and superb talent.

The weekend was rounded out with the Libertino Records takeover stage. This was a showcase for the artists from Wales whose main medium is that of songs sung in Welsh, or who needed a label to get their music to a wider audience but whose main outlet is via Libertino Records.

After a message and Q&A from Libertino owner Gruff Owen, the first band on was Bandicoot from Swansea, The first track started slow and rapidly ripped up to a crescendo. A set that was a bit punky and Indie and full of energy, especially from the bass player. A variety of tracks and styles were included but none of them are on Spotify. Unfortunately for Bandicoot there was a technical issue towards the end of their set, but it was sorted fairly quickly.

Sybs are a post punk indie band from Cardiff.  This was a definitely indie sound, even if I couldn’t understand it. Musically it was quite enjoyable, and a perfect counterpoint to the Sofa Sessions stage. Papur Wal were a bit funky/indie, with a mix of Welsh and English vocals.  An enjoyable sound from a three-piece band. 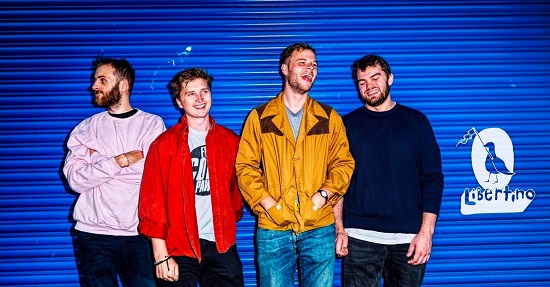 Los Blancos are a very upbeat alt-pop band from Carmarthen, full of energy and simple guitar riffs that just keep you engaged.  My only issue continued to be the inability to understand what they are singing. It doesn’t detract from the music though. Adwaith were winners of the 2019 Welsh Music Prize, this three-piece female band are also USW alumni.   The vocalist sounded a bit like Cerys Matthews. The first track was a bit grungy, although they are described as a bit punky. Rounding off proceedings, Keys are fronted by one of USW lecturers and are one of the Libertino artists.  A bit of psychedelic rock, unusually with twin drummers, from the first note I knew I was going to enjoy it. This was a treat.  The singer looked and dressed like he could be a member of the Cadillac Three, although there was nothing of Southern country/rock in this set.

This was a very successful venture from the students and staff of USW and all the artists involved. The themes helped keep the music together for people watching it online and, apart from one technical issue on Sunday night with Bandicoot on the Libertino stage, it went off without a hitch and no dead air.  In changes between acts interviews with artists and students were readily interspersed.

The opportunity to jump from stream to stream was very useful, especially for any press who were reviewing the festival in its entirety.

The organization, recording and editing were all exemplary.  The website and social media coverage was also very good. There were only a few sound issues on the smaller stages, but these did not detract from the festival experience.  I’m sure there will be opportunities for the students to jump in and crew some venues on the back of this.

The opportunity for some of these bands to play at the Tramsheds, with all the professional quality gear in use, must have been a real boost to their confidence, despite there not being an audience other than the crews.

Well done University of South Wales staff and students, and very well done to all the artists and bands that provided the breadth of talent on show.