Taking Back Sunday frontman Adam Lazarra will perform his first-ever solo acoustic streaming concert, broadcasting here in the Über Kingdom in the wee small hours of Sunday 18 October. With the show starting at 2am GMT, the good news is that fans won’t necessarily have to sit up all night to catch the performance, as it will be available for one week after the initial airing.

Lazarra will be performing a selection newly written original songs, along with a selection of Taking Back Sunday deep cuts which he rarely gets to perform live, as well as a few covers of some of his favourite songs.

Lazarra told us about the background to the show and his new solo songs:

“There have been times during this pandemic where I found myself in this constant state of worry. There has been and still is so much uncertainty surrounding nearly every aspect of our lives, ‘is it safe to go out?’ ‘When do you think we will be able to tour again?’ ‘Should I still be wiping down my groceries?’ ‘Can my kids see their grandparents?’ The list goes on. 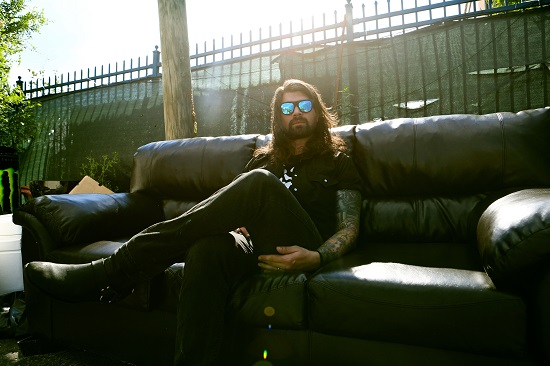 “Tom Petty has this great line in his song ‘Crawling Back To You’; its “most things I worry about never happen anyway.” That has come to mind so often over this last year and it has helped to remind me that all of that worry really wasn’t doing anything for me. There is so much that is completely out of my control, and that’s alright because all anyone can ever really do is just focus on the things they can control.

“Over the last year it’s been especially hard for me to keep that front and center. I wanted to be working towards something rather than standing still with my list of ‘what ifs.’ (it’s a long list and 98 per cent arbitrary). As I was meandering on the guitar one day, I stumbled across an idea that I had never gotten around to finishing, and then another one, and another. The more focus I put towards those ideas the more time I seemed to lose track of and the more excited I was to get up early the next day to keep chasing them. Times are heavy but I felt lighter for doing this.

“I dearly miss the ability to connect with people the way I’ve been lucky to experience from playing live shows.  Considering these experiences are off the table for the foreseeable future, somewhere along the way the idea struck me to try a stream. This is completely new territory for me, in as much as its the same for everyone these days. So that’s what I’ve been trying my best to put my energy into. My hope is that it may help someone else feel a bit lighter, like it has done for me. My friend Shamus, who is a brilliant director and film editor, and I have been working together to make something really special and I can’t tell you how excited I am to see it all come together.”

Tickets for ‘An Evening With Adam Lazarra’ cost $12 and are available HERE. Special merchandise is also available.