The final line-up for this year’s tenth anniversary iteration of MacMillan Fest, which takes place at multiple venues in Nottingham on Saturday 7 September, has now been confirmed. 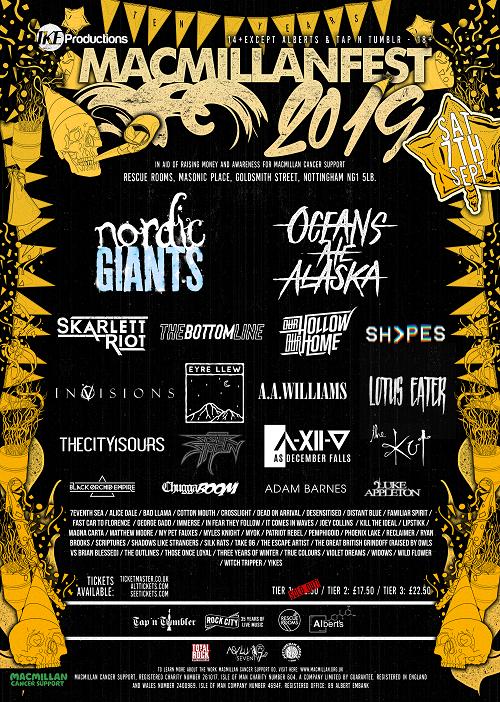 One special attraction on this year’s bill will be the ‘Great British Grind-off’, an epic of band battles which will see Raised By Owls and Brian Blessed BOTH playing on stage together in a battle of grind!