One thing that is again becoming increasingly frequent in the post-Covid era is gig clashes, with two (or possibly more) shows which could potentially appeal to a similar demographic occuring within a very small geographic radius of one another. Therefore (and I suppose I better be careful how I word this), it was very pleasing to see Welsh power pop legends Feeder drawing an extremely healthy crowd of rather more discerning music lovers, given the counter-attraction of Britpop bad boy Liam Gallagher less than a mile up the road… 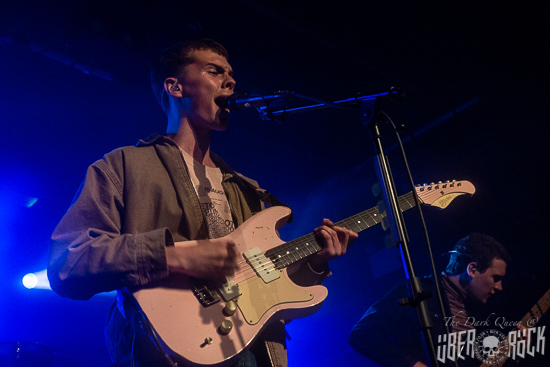 Opening tonight’s proceedings, in a deserved break for rising local talent, are up-and-coming youngsters The Florentinas, who hail from a hop, skip and a jump down the road, the seaside down of Bangor (perhaps best known to music fans as the birthplace of Snore Patrol, a connection reinforced by the fact that the quartet are signed to Gary Lightbody’s management company). And, when I say they’re youngsters, I mean it: they’re so young they’ve still got pimples on their pimples! 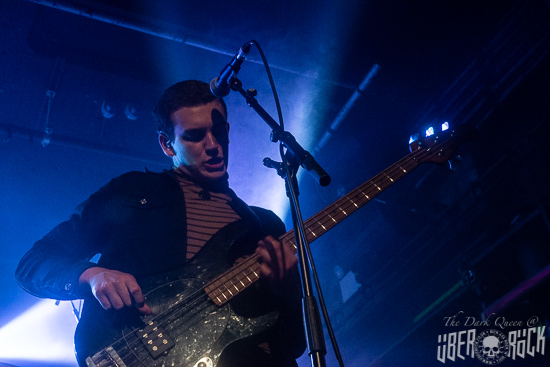 Although their youthful enthusiasm is somewhat highlighted by the frontman’s somewhat over-eager repetition of the question “are you excited for Feeder?”, their energetic brand of indie shoegaze is very well received by the equally enthusiastic crowd, who are lapping up every chord and syllable. Special mention must be made of their bassist, who DQ notes is “bouncing around the stage like Bugs Bunny on cocaine”. At the end of their set, while they’re not quite our cup of mead, they’ve gone down well as an appropriate appetizer, and we certainly wouldn’t ignore them on any support bill on which they might appear in the future.

First course out of the way, it’s soon time for the main attraction, and the efficiency of the road crew is shown by how quickly it takes them to clear the stage of the second drum kit and back line and get us down to the main attraction… and by the time the lights dim and the intro tape sounds, the anticipation is as palpable as the sweat rolling down the walls of this venerable old building, as chants of “Feeder, Feeder” ring louder than the PA. 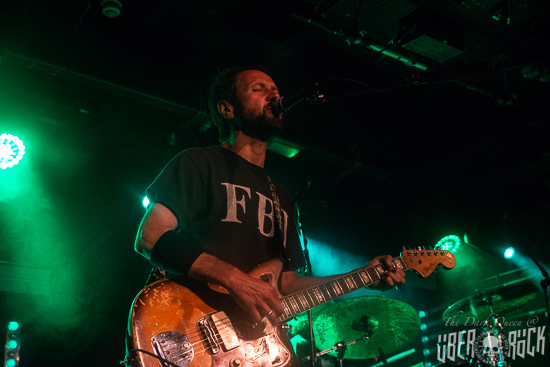 After the band rattle through an opening triptych of ‘The Healing’, ‘Magpie’ and ‘Born To Love You’ from their current ‘Torpedo’ long player, ever-charismatic frontman Grant Nicholas shows his awareness of the aforementioned gig clash, as he thanks everyone for coming out for what he describes as “the unofficial last night of the tour” (this is a one-off show, staged some two months after the rest of the ÜK dates).

This opening salvo quickly demonstrates that Feeder have returned to the heavier, rockier output of their early career, rather than the more indie-fuelled power pop sound that saw them break into the commercial mainstream. This is emphasized by the thick mix on all of the instruments, with tonnes of bottom end and the bass drum especially prominent, but thankfully not to the detriment of the rest of the instruments or Nicholas’ crystal-clear vocals. 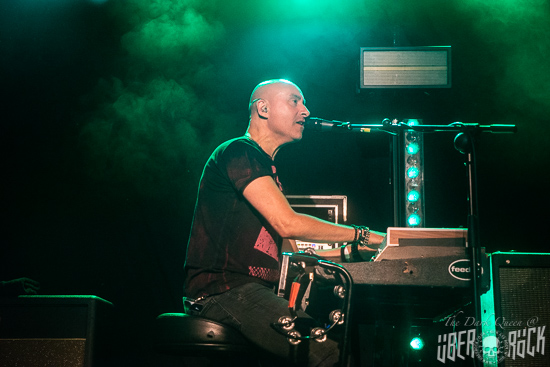 As the band veer back and forth through their 11-album catalogue, jumping from ‘Feeling A Moment’ to ‘Kyoto’ to the title track of the current album, the poignant ‘Just The Way I’m Feeling’ (was there a dry eye in the house during this one? I think not!) and the arm-and-lighter-waving ‘Fear Of Flying’, it’s a cohesive and popular set list which enthralls from beginning to end…

Of course, the “big pops” are kept right to that end – but not before the band spring one little surprise on us, by responding to an audience request for the title track from ‘Yesterday Went Too Soon’… and yes, then it is over too soon as storming renditions of ‘Buck Rogers’ and ‘Just A Day’ bring the final, curfew-enforced curtain down on an emphatic performance which shows why Feeder appeal to such a wide demographic and dynamic of fans. 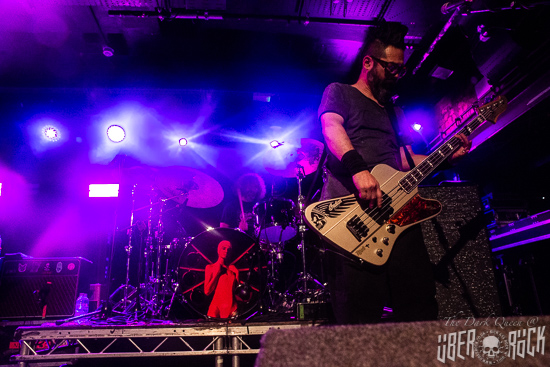 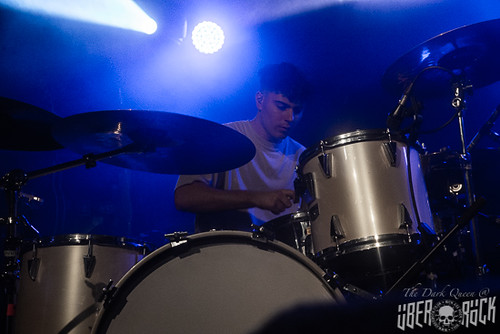