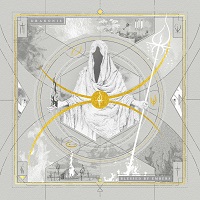 Until relatively recently, Belfast – unlike its sister city 100 miles down the road – has not really had much of a black metal “scene”, for want of better phraseology. While death and thrash metal have, in relative terms, flourished, the darker end of the spectrum is one which has not been overly explored in this corner of the Uberverse: yes, there have been a few flag flyers over the years, such as Vintress and, more recently, Neamnhí, but BM proponents by and large things have been somewhat thin on the ground. However, over the past few years, a new torchbearer for the dark side has emerged, a new band of champions who have grasped the devil’s horns with an ironclad grip – and they go by the name of Drakonis.

Formed initially as a studio project by Saul McMichael and Lee McCartney, both of Northern Irish pagan metal heroes Waylander (and Alestorm’s Gareth Murdock), Drakonis have been a full-blown living, breathing entity since 2015 when they exploded into the live arena, immediately capturing attentions with their dramatic stage shows and attention to detail. It is this latter quality that partially explains why it has taken the band two years to craft this, their debut album – a story-driven concept spanning eight songs, each taking us through a different chapter following the rise and fall of a charismatic cult leader, who allows darkness and fire to shape and purify his followers, known as ‘The Wretched’.

The first thing that strikes you about ‘Blessed…’ is that it is fucking LOUD! After the initial deception of the traditional atmospheric intro, ‘Threnody’ literally explodes from the speakers with a force of a volcanic tsunami, the blastbeats punching straight into your heart and the vocals ripping at the darkest recesses of your blackened soul

, the guitars swooping in to rip and tear at the remaining carrion, leaving you rotting in the gutter with the sheer intensity of the aural glory being unleashed upon your battered, tattered corpse. The perfect mix of nihilism and orchestration, brutality, subtlety and technical ability, atmospherics and bloodlust, plotting a course steered with aplomb and panache for the rest of the album – all aided by a stunningly accurate production from McMichael, who draws out every ounce of elemental fury and every musical nuance in equal measure.

A couple of the tracks are already familiar – ‘Fear Of The Wretched’ first appeared on their debut EP, 2015’s ‘Ravens Fuel The Sky’, while ‘As They Rot’ was the title track of the following year’s successor (named ÜR’s ‘EP Of The Year’ for 2016) – but they have been completely re-recorded and considerably beefed up to reflect the learning curve which the band have been following throughout their development. The latter track, in particular, sounds ten times more intensely evil than its previous interpretation.

With ‘Blessed By Embers’, the likes of Behemoth genuinely have some very serious contenders to their titles of Dark Lords of BM. For a debut album, it is remarkably accomplished and mature – but then reflects the experience and dedication of its creators. It may not be a gamechanger as far as black metal is concerned, but it could well come to be seen as one of its defining moments as the genre seeks to move forward with confidence and renewed creative flair. Certainly, it is an album that lays down a marker – a defiant declaration of intent at the darkened dawn of a new decade.