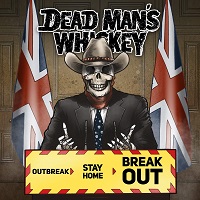 There can be no doubt about it: after the last 18 or so months of Covidications, we’re all ready to ‘Breakout’ and get back to something resembling our previous lives. And London hard rocking quintet Dead Man’s Whiskey may well have provided the soundtrack for us to do so, with this aptly titled short EP of southern blues tinged NWoCR, a collection of four new songs and a new, stripped back version of one of their own, and their fans’, favourites.

Now, I said there are four new songs, but opener ‘Sleep When I’m Dead’ actually traces its roots back to another song, ‘Favourite Vice’, which they played during their early live shows but never recorded. Obviously, this means I’ve never heard the original, so I cannot comment on that. But this revamped and renamed tune is a boisterous rocker that sets an early pace for the EP, with a heavy Thin Lizzy-style riff and an impressive vocal performance from Nico Rogers, who manages to balance grit and snarl with a crystal-clear delivery and a series of hair-raising screams, which in turn bounce off the searing guitars.

‘I Am Here’ takes a tongue-in-cheek approach to its subject matter of egotism and self-aggrandisement, and has a real hair metal vibe to it, albeit with a much heavier groove, especially on the bass lines. Again, there is a massive solo from Billy Kons, which really helps take the song to the next level sonically. The EP’s title track is another song with a bit of a pedigree, originally dating back to pre-pandemic days (does anyone remember them?) and written about wanting to escape the drudgery of an office job but rewritten and repurposed to reflect the frustration brought on by the subsequent lockdowns and restrictions. It’s also the most straightforward rocker here, with a ‘DC vibe to the background riff and a snarly overall feel which matches Rogers’ visceral lyrics.

The last of the new songs, ‘Never Ever’ is another classic-tinged hard rocker with more than a passing nod to the likes of early Bon Jovi, especially in use of voicebox and gang vocal chorus. Rounding off proceedings we have that stripped-back reworking of ‘Make You Proud’; it may seem something of a misnomer to close out an otherwise hard-hitting, hard-rockin’ mini-collection with such a contrast, but it works beautifully, the languid delivery drawing out the passion of Rogers’ voice, before Kons interjects with another uplifting and soaring solo, reminiscent in this context of that in ‘November Rain’, although all the more effective for its truncated brevity.

If you’re a fan of the NWoCR movement that has come to dominate the musical landscape in the modern era, then this is an essential purchase. Hell, it is if you’re a fan of great rock ‘n’ roll music, so either way get that credit card working. 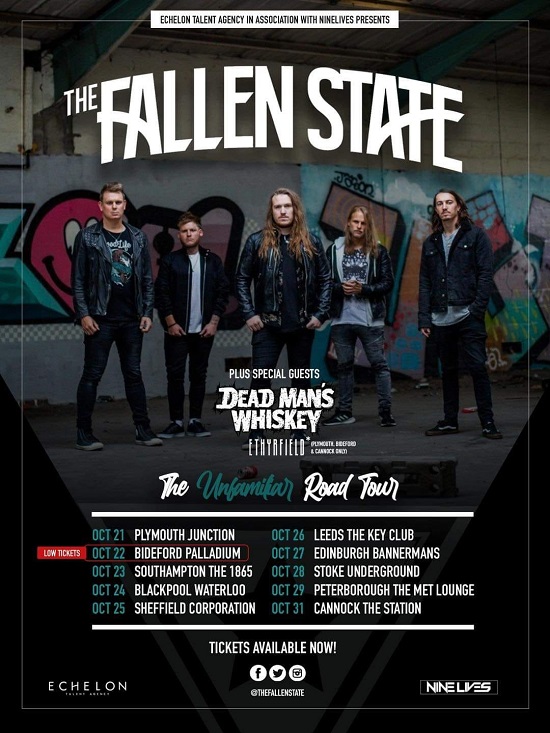