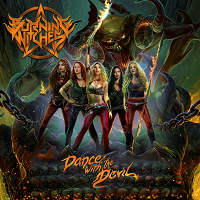 As with so many other aspects of everyday life, and so many of the things we take for granted, the final impact of the current Covid-19 pandemic and its associated lockdowns and quarantines on the rock ‘n’ roll industry will not be known for quite some time to come, if ever. Bands have been forced to change, sometimes completely, how they interact with their audiences, with one preferred option being the hosting of online performances – the nature of which often has been dictated by the particular circumstances in which the artists concerned have found themselves, not least in terms of national/regional restrictions on social gatherings, which have affected the ability of bands to rehearse or perform together: the latter is becoming easier as conditions are eased locality by locality, with even whole virtual festivals being able to be held.

Many artists, of course, have chosen to go down the acoustic route, either through sheer necessity or by taking the choice to present their fans with their material in a different light than that in which they may previously have perceived it. This is the road which all-female Swiss heavy metal quartet Burning Witches chose to tread for their first live performance since the release of their third album, ‘Dance With The Devil’ at the beginning of March, an album acclaimed by my colleague Phil Cooper as being filled with big anthems (an assertion with which I wholeheartedly agree) yet also containing raw power and intensity – the latter qualities, in particular, it would be interesting to see how they recreated in the more stripped-down, largely unplugged format which they chose for this in-studio performance.

The studio in question is Little Creek, in the municipality of Ormalingen, south-east of Basel, and familiar surroundings for the ladies, as it where they have recorded all three of their albums to date. But, one thing is obvious even before the “show” begins, and this is that, despite its title, it is not in fact “live”: the message below the stream promotes an “uncut HQ version” to be uploaded later in the week. But, we’ll take what we can get in these straitened times, and what we get is impressive in its own right – and no less powerful for both being stripped back and having vocalist Laura Guldemond in a different room from the rest of her bandmates… well, for what we actually get…

… Because, what is supremely disappointing is that, given all the record company hype built around the “experience”, and with the live chat feed showing fans “tuning in” from all over the Überverse, the whole thing lasts just four songs and less than 15 minutes. Yes, you read that right: four songs. Fifteen feckin’ short minutes. Just as we’re taking our second sip of cold cider and settling into affairs, it’s over before it’s begun! WTF? I’ve watched some of those “live from the living room” shows, many of them by unsigned and relatively unknown artists, and they have lasted in excess of two hours… this is a signed band, with a massive PR machine behind them, who expended an enormous amount of time and energy hyping the daylights out of this show – and we get a feckin’ soundcheck! ‘Cos, to me, that’s what it was! It’s taken me longer to write this review (and possibly you to read it) than the performance lasted! Let’s hope the “uncut HQ version” contains a bit more substance… I’ll not hold my breath though…