ALBUM NEWS: WAYWARD SONS TO ‘EVEN UP THE SCORE’ WITH NEW ALBUM

Wayward Sons are to ‘Even Up The Score’ with the release of their third album of the same name in October.

As a further taster, the band today (Friday 25 June) released the third taster single, showing that, for some weird reason, they have ‘Faith In Fools’:

Ever erudite frontman Toby Jepson told us more about the latest single:

“Right now, we’re bombarded with messages everyday through social media and the media at large, much of it partisan and glaringly aggressive. Much is simply strong-arm tactics to make you/me/us believe the words or doctrines of often unscrupulous preening people – sadly it seems that we’ve always had to cope with this, but now more than ever it is the battle for the hearts and minds of society at large as we slug it out through one screen or another. The truth lies somewhere in between the triumph and disaster, and as Rudyard Kipling once said in his prophetic poem ‘IF’ – we must learn to treat those two imposters just the same.”

‘Even Up The Score’ will be released via Frontiers Music on 8 October. You can get your copy HERE. Wayward Sons are due to tour in November. 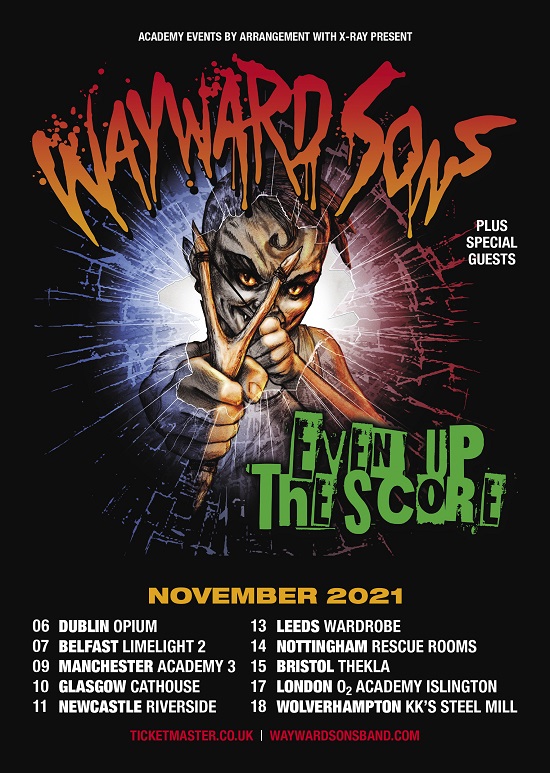