With less than four weeks to go, so enforced line-up changes have been announced for Slam Dunk festival, which takes place over the split sites of Leeds and Hatfield over the weekend of 4/5 September.

Due to continuing complications around international travel, Sum 41, Four Year Strong, Me First & The Gimme Gimmes, The Vandals, With Confidence, Crown The Empire, Ice Nine Kills and Free Throw are unable to appear.

However, a wealth of UK talent has stepped into the breach, led by rising gothic rockers Creeper. They will be joined by South Wales metallers Brutality Will Prevail, NOAHFINNCE, East London reggae-punks The Skints and Slam Dunk Record’s own For You The Moon.

Limited numbers of tickets for Slam Dunk 2021 are available HERE. 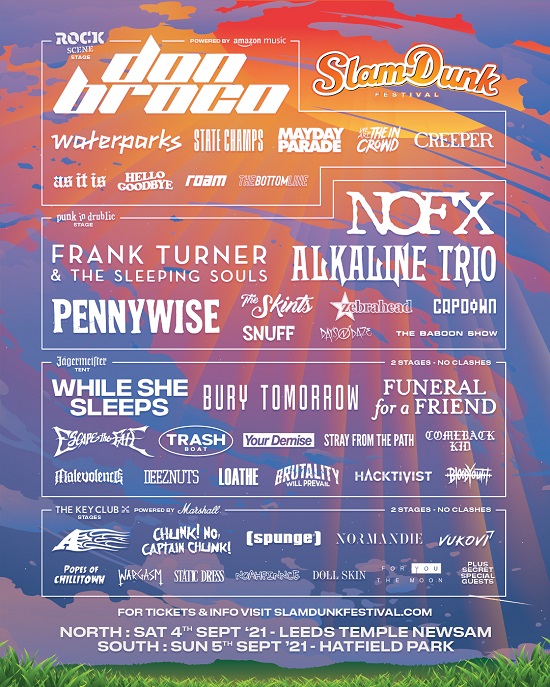