In another sign that live touring is returning to some sort of pre-pandemic normality, Svalbard have announced that they will follow their appearance at the Damnation festival with a run of dates for this November, with fellow heavyweights CLTDRP and Heriot in tow: 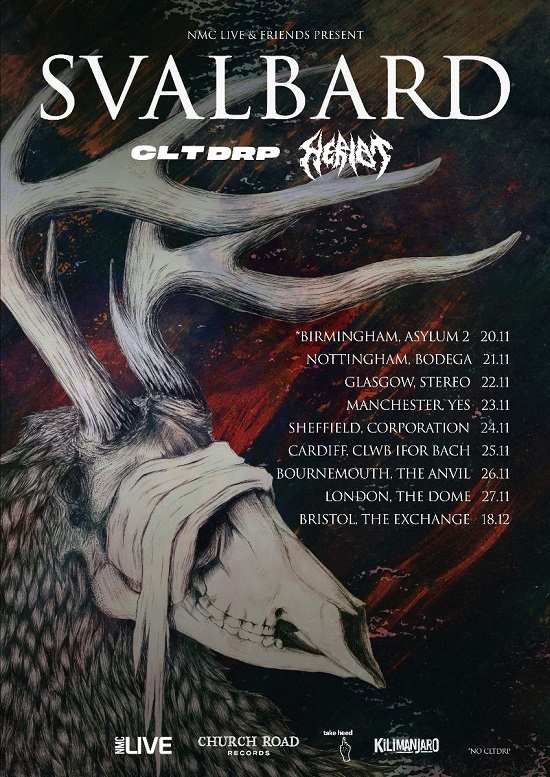 Tickets for all dates are on sale now.

Svalbard are also due to play the ‘The Wave Before The Kick In The Chest’ all-dayer, alongside Conjurer, AA Williams and more, at the Brudenell Social Club in Leeds on on Saturday 4 September.