US thrash legends Sacred Reich, who are currently recording their first studio album in 23 years, have announced a full European tour, kicking off in November and including six shows in the UK and Ireland: 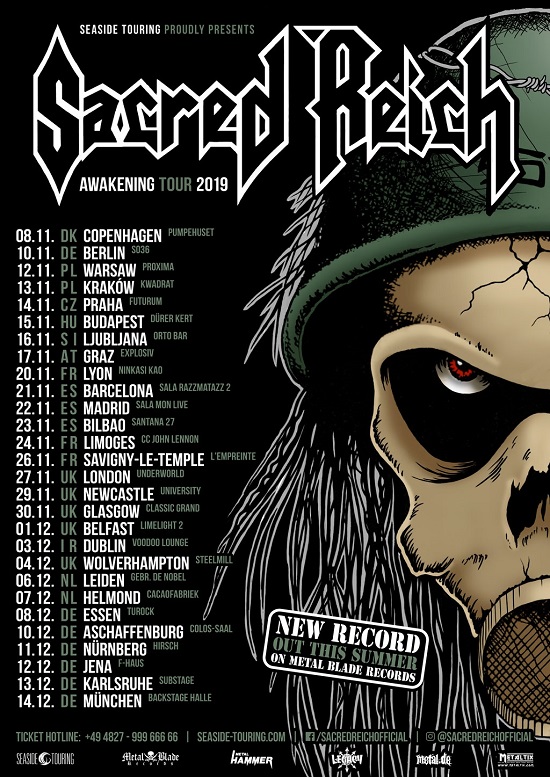 The band also recently welcomed the return of their former drummer, Dave McClain, following his departure from Machine Head after 23 years with the Bay Area metal outfit.

Regarding the upcoming album, Sacred Reich frontman, Phil Rind commented; “Recording is in full swing with producer Arthur Rizk at The Platinum Underground in Arizona.  We are so excited to be back in the studio after 23 years and Dave is currently killing it on the drums.  It sounds sick!  Our new record, ‘Awakening’ is due this summer.  Stay tuned!”