The sun may have been making one of its increasingly frequent appearances and the mercury may be starting to rise, albeit temporarily, but there was a definite chill in the air and sense of impending darkness about to descend… but that was probably something to do with the fact that two of the most iconic names on the European black metal scene were about to hold court and bring their individual and collective brands of ritualistic musical extremity to the heart of Belfast town…

The sense of atmosphere was tangible as we entered the darkened venue, and this was accentuated by the pulsing blue lights and the sound of breathing that could have been drawn from the very depths of hell that heralded the arrival of the enigmatic masked man by the name of Mortiis. 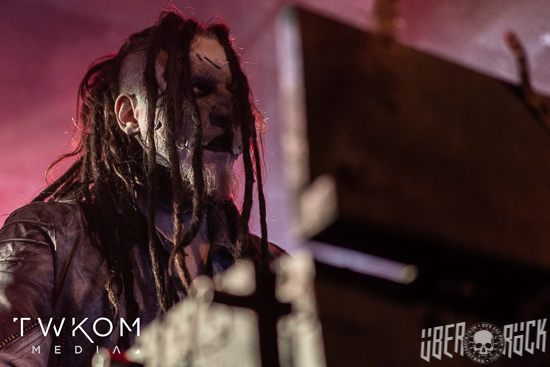 The mood and tone soon changes to one of a martial beat, as synthesized waves of dank darkness wash from the stage and through the room, which is transformed into the inner sanctum of Mortiis’ personal black sepulchre – or should that be sanctuary?

Fifteen minutes into the set, the volume level increases substantially as the previously solo frontman no longer casts a lone shadow as he joined by his drummer, taking up his position behind his massive percussive assault weapons. And by fuck he is loud, so much so that you’d swear it was a legion of drummers sending chills into the hearts and souls of all enemies of trve metal. I swear, standing at the back of the room, the sound was going to send me crashing through the wall into the bar next door. 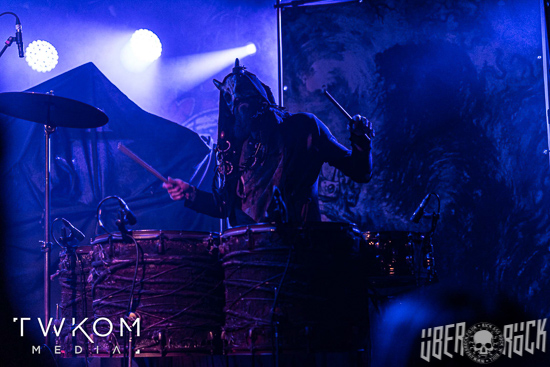 This isn’t music to mosh to. It’s the soundtrack to a shamanistic ritual, which leaves the majority of the audience standing in enchanted enthralment and, when its over, wondering what the fuck they’ve just witnessed… a special 45 minutes of industrial-tinged BM performed by THE master of the genre, that’s what…

If Mortiis turned the venue into a dark sepulchre, Mayhem waste little time transforming it again, this time into a cathedral of blasphemy, congregated by the ‘Falsified And Hated’. The shrouded Attila is imperious and commanding as he leads this black metal mass. 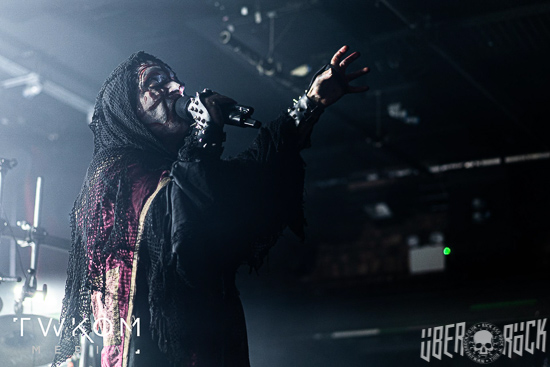 With the otherwise sparse stage is dominated by Hellhammer’s massive drumkit, the great sound mix draws out the tightness and precision of the individual and collective performances of each of the five bands members, from the suitably huge drum sound through Necrobutcher’s thick, rumbling bass to the fluid twin guitar harmonies and melodies, all delivered with the effectiveness of a concrete battering ram being applied to your breastbone. 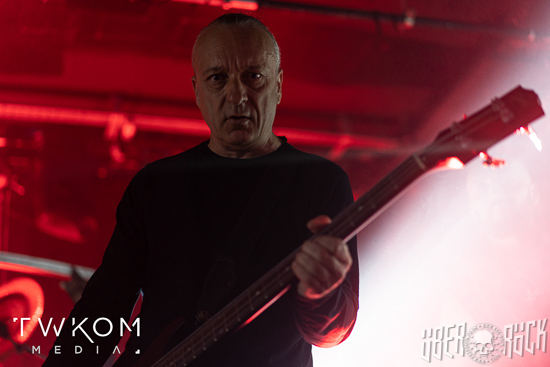 The set is divided into three acts, each characterized by their own moods and tempos, and accompanied by a stunning choreographed lighting display, which perfectly complements aural aspects in every department, from the sparse use of the overhead light to the piercing stage-mounted lights sending mysterious patterns into the air. For the third and final act, Attila divests himself of his robes, with the frenetic final movement featuring the assault of old-school classics, including ‘Deathcrush’, ‘Chainsaw Gutsfuck’ and a rendition of ‘Carnage’ that results in just that. 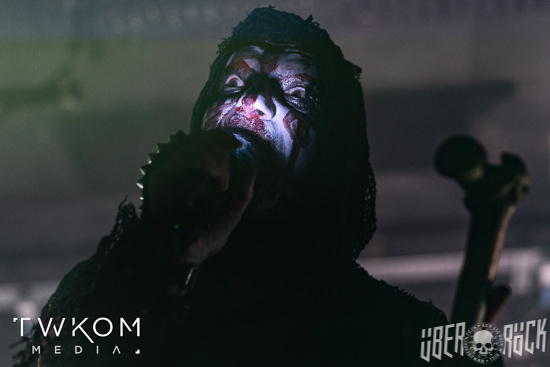 Once again, Mayhem proved why they are one of the most uncompromising acts on the black metal scene.