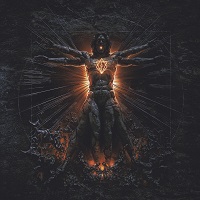 Few modern bands have received as much fan backlash to a change in direction as Gothenburg’s In Flames. As one of the main acts of the burgeoning melodic death metal scene in the 90’s, their first four albums were held in the highest regard and clutched close to the chest by rabid obsessives, and their impact on both their contemporaries and future bands was beyond compare. With their 2000 opus ‘Clayman’, they reached the height of their creative powers and created a modern classic that still looms mightily in their discography. From there, the band would start to dilute the strength of their metal cred by moving in a more commercial direction and adding in increasing elements of metalcore, nu-metal, and alternative that continues to this day, losing many older fans and gaining a new audience as they went.

With this being the 20th anniversary of that defining record, In Flames wanted to celebrate with a look back and, at the same time, keeping their eyes firmly on the horizon. ‘Clayman (20th Anniversary Edition)’ is a remaster of the opus by Ted Jensen, one that wasn’t terribly needed but that does add extra definition in certain areas, a new instrumental track, and re-recordings of four of the most popular songs with the current line-up. These re-recordings have created one of the biggest outcries of the year from their older fanbase, which is both warranted and, in certain respects, has a certain amount of credibility.

The remastered album is a beautiful thing from all angles. The original recording was powerful and precise and is still held as one of the finest metal recordings of the era, but the attention to detail by Jensen here will be noticeable to the audiophiles. The mix is slightly more centred, the tone has additional warmth, and the guitars are less bitey but have increased weight and impact. Friden’s vocals could probably been pushed slightly higher in the mix (one of my very few gripes from the original recording), but as it is, they add girth to the overall musical swagger and still sound impressive.

The instrumental track, ‘Themes And Variations In D Minor’, is an orchestral trip through their most memorable melody lines and is either a fantastic new ending to the original album or intro to the notorious re-recordings depending on your viewpoint. It is emotionally executed and masterfully composed by cellist Johannes Bergion, and will put a smile on the dial of anyone who has ever loved the band, the nostalgia and warm feels bouncing off the walls.

And now to the elephant in the room, and he’s a big bugger. The first of the four re-recordings is ‘Only For The Weak’, one of the band’s most popular songs in their discography, but here the emphasis is on the word ‘weak’. The music is muted to dilute the metalness of the whole thing, guitars settled back in the mix so much so that you often forget that they’re there. Friden uses predominantly clean vocals throughout but they actually work with the material and the lyrics are highlighted a lot more. They cannot, however, save the wishy-washy instrumentation, which lacks substance and gets lost in the crowd.

In a turning of the tables, ‘Bullet Ride’ has fair instrumentation, even if it is a bit muted and overly modern, but the vocals (mostly clean) are too fragile and unsupported to be any kind of successor to the original, a song that had big brassy balls and heightened emotions. The vocal on ‘Pinball Map’ is neither here nor there, and the guitars and rhythm section are insipid and watery and cannot support Friden as he tries his best to straddle both his older voice and his modern one.

And then, finally, the title track. ‘Clayman’ was a defining song for the band back in 2000, but from the J-pop intro through lesser climaxes and into the awkward chugging ending, it just falls flat in comparison to the original.

Sure, it’s always great to have an anniversary package of classic albums that we all love, and nostalgia and sweet memories of better times will always win out. In Flames have made no bones in defending their modern direction and more power to them, but it probably wasn’t the wisest move to include the re-recordings side-by-side with expertly remastered versions of the originals, because they immediately highlight the issues. Still, the remaster is a total win and, if you’re not a hard-nosed nitpicker and In Flames elitist, the re-recordings are passable alternative metal songs that succeed more because of the original compositions than how they are re-imagined. ‘Clayman (20th Anniversary Edition)’ is a worthy addition to the collection for older fans celebrating the legend and newer fans that enjoy who the band is now, and that can’t be a bad thing.