ÜK heavy metal flagbearers Orange Goblin have refused to let the small matter of a global pandemic derail their plans to mark their 25th anniversary, as they have announced details of not just one but two special livestreaming shows, on 15 and 16 November, celebrating all stages of the band’s lengthy career to date. 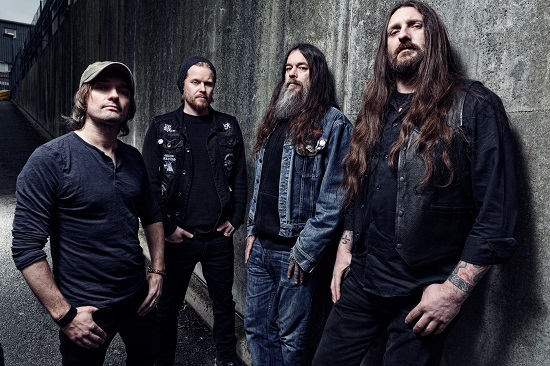 With a limited capacity live audience also in attendance at north London’s The Dome, the first show, titled ‘From Planet Ten….to the House of God’, will concentrate solely on material from the bands early, Rise Above Records era releases. The following night’s performance, under the name of ‘They Come Back….The Filthy & The Damned’, will focus on songs from post-Rise Above years, right up to and including material from latest album ‘The Wolf Bites Back’

And the celebrations don’t end there, as each night of the online event will feature live stream exclusive behind the scene access, interviews, exclusive merchandise, chat rooms, Q&As and the chance to win exclusive Orange Goblin prizes!

“2020. The world has gone to shit and any plans we had to tour and celebrate our 25th anniversary seemed to have gone with it. Until now! Thanks to the fine folks at Hotel Radio and Old Empire, we are very happy to announce these two very special shows.

“Each night we will celebrate a different era of the band with songs drawn from each specific period to make sure both nights are truly unique. As well as being able to broadcast across the world, we are thrilled to be able to invite a select few people to be able to actually attend the shows thanks to the socially distanced regulations at the venue.

There hasn’t been much for people to get excited about this year but we hope that this will give the Orange Goblin fans something to look forward to and we promise that there will also be other little treats both online and at the shows for those that get involved!”

Like most bands, Orange Goblin have re-arranged their tour dates scheduled for this coming December to next year: 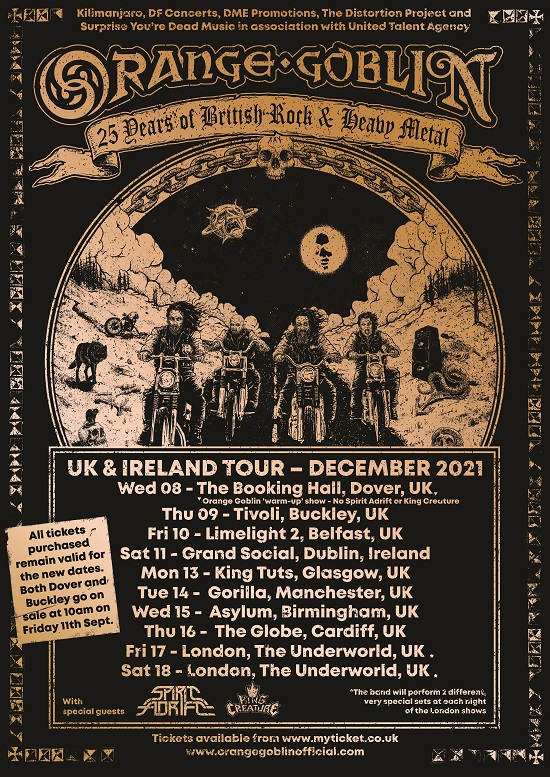