Today’s Tech-Fest announcement brings with it an absolute plethora of additions, some new, some returning.

The 22 acts which have been added to July’s bill are:

For me personally, this is a super big announcement, especially with Reflections and The Ocean being added as headliners, on the Friday and Saturday respectively.

Other notable additions for me are Red Method, since they went down so well last year and now have a full album to support, Novena, who also have a fantastic new album to support and some songs I really can’t wait to hear live, Kmac, purely for the outrageous memes, Sertraline, who are good friends of mine and Tiberius, who also put on a great show back in 2018.

So far, the lineup for this is looking quite diverse compared to previous years, which I’m quite happy about too.

UK Tech-Fest takes place at the Showground in Newark over the weekend of 3 – 5 July. You can get your tickets HERE. 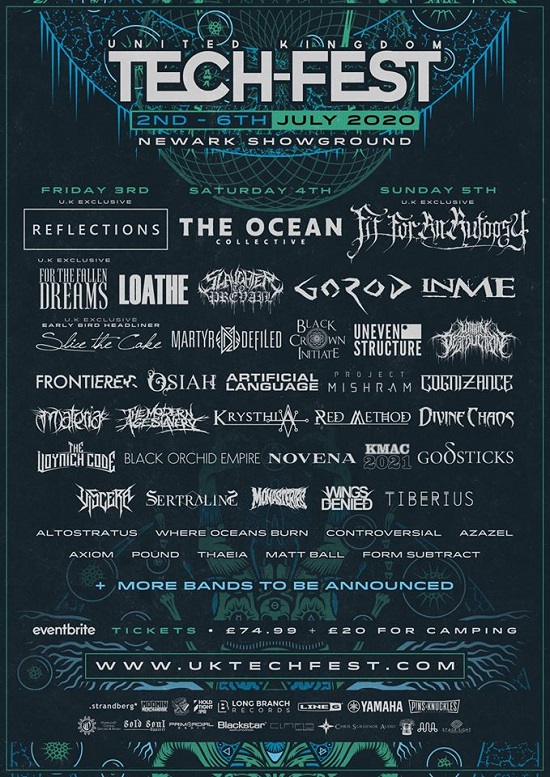