With just two weeks to go, a major change has been announced for the Steelhouse Festival line-up, after Sunday night headliners Europe have been forced to pull out because of ongoing travel restrictions.

Their place has been taken by UK prog rock legends Uriah Heep. In a further change, Swedish hard rockers H.E.A.T have also pulled out, with their place being taken by Stone Broken.

Limited weekend tickets remain available. In line with continuing Government guidelines, all attendees will be required to undertake a Lateral Flow Test on the morning of their arrival.

Steelhouse takes place at Hafod-y-Dafal, outside Ebbw Vale, over the weekend of 23 – 25 July. Admission to the Friday evening, which is being headlined by Phil Campbell And The Bastard Sons, is free to weekend or single Saturday/Sunday day ticket holders. 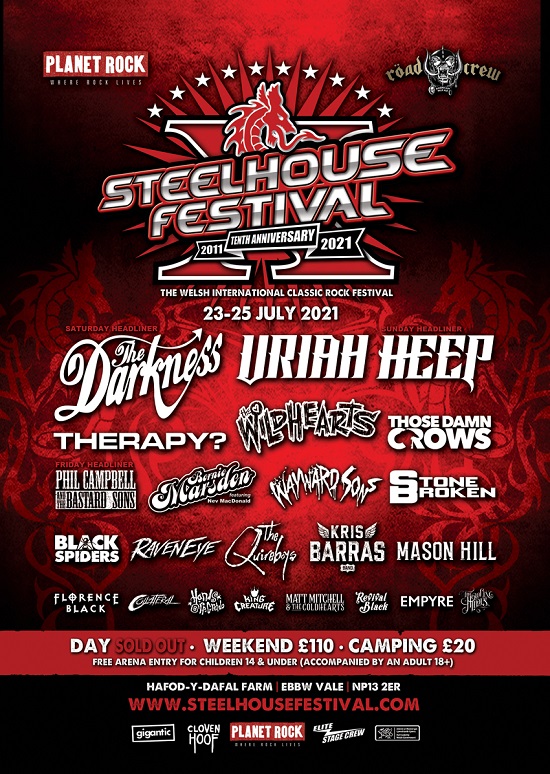