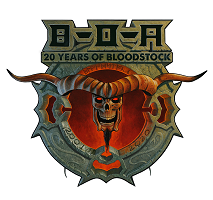 Like ourselves here at Über Rock, Bloodstock’s motto has long been “by the fans, for the fans” – and today the independent, family-run festival has reconfirmed that that sentiment remains firmly at its core, by announcing that the recent government VAT reduction will be passed on to its customers.

As previously announced, standard weekend tickets for the newly extended, five-day event in 2021 were due to increase by £10 on 10th August 2020 to £155 (+ booking fees). However, as the government has now confirmed that festivals are included in the reduced five per cent VAT rate for the hospitality and leisure industries, Bloodstock will be freezing that price at £145 until 13th January 2021, at which time the 2021 price increase comes into effect.

In recognition of the difficult financial situation many music fans find themselves in due to the pandemic, Bloodstock is also launching a longer, six-month instalment plan, coming into effect from 10 August and allowing customers to spread their payments out in smaller instalments. Fans can sign up to the scheme at the online ticket store any time until 31 August. Payments will be debited as follows: £31.17 (including the £7 booking fee) immediately on sign up, then monthly payments of £24.17 on 5 September, 5 October, 5 November and 5 December, with the final payment of £27.65 (including £3.50 for postage) on 5 January.

“Our audience is at the heart of everything we do,” Bloodstock festival director Vicky Hungerford told us. “It has been a difficult year for everyone, but we really can’t wait to celebrate our 20th year with everyone next summer and hope these measures will make it that little bit easier for everyone to join us!”

Throughout lockdown, Bloodstock has continued to post extensive content on its YouTube channel to keep fans entertained at home, showcasing a wide range of amazing tracks and even full sets from years gone by. Examples include Gojira’s incredible headline set in 2016, Amon Amarth’s pyro-laden 2017 visit, Wednesday 13’s spooktacular BOA debut and Lamb of God steaming through ‘Walk With Me In Hell’ back in 2013.  There’s hundreds more besides, so just click on the channel to get your live music fix.

The EMFA event is a fundraiser for the beleaguered independent metal festival sector, who don’t have the backing of big corporate money for their ongoing survival, so €6.66 (just under six quid) buys you a “full weekend festival pass”.  In return, you can enjoy three days of exclusive entertainment from 35+ metal bands from various locations around the world, plus other special content, from the comfort of your own sofa.

Among the weekend’s highlights will be ‘never broadcast before’ sets from Sabaton (their 2019 Bloodstock headline show) and Avatar (their 2019 headline Alcatraz Festival show), as well as shows from Tesseract (at Bloodstock 2019), Thy Art Is Murder Napalm Death, Grand Magus and Battle Beast (all from Summer Breeze 2019) plus Harakiri For The Sky (from Party.San 2015). Dee Snider also makes an appearance via two previously unreleased live tracks from Bloodstock 2019 and neo-folk heroes Heilung have recorded an exclusive video especially for the event.

If you’re unable to watch a band at their “stage time”, don’t worry, as you’ll be able to replay all sets for up to 48 hours afterwards.

Besides live performances, there will be a string of brand-new video interviews with festival regulars past and present, recorded especially for the event.  Find out what your favourites have been doing to occupy themselves while they’ve been home and learn if there’s brand new music on the horizon.  How do Dee Snider, Biff Byford, Jamey Jasta, Devin Townsend, WEinston McCall, Cristina Scabbia, Wednesday 13, Phil Rind and various others feel about this summer without festivals and how did they keep themselves busy during the lockdown? All the answers and more will be revealed over the EMFA weekend.

The full day splits and running times for the event can be found at www.metalfestivalalliance.com, where you can also buy a limited edition T-shirt for the event.

Besides standard weekend tickets, child tickets and parking tickets for 2021’s event are also available now at the ticket store. A limited number of day tickets will go on sale closer to the event – sign up for a free reminder here. VIP and campervan tickets for 2021 are already sold out.