The organizers of Bloodstock have moved quickly to re-jig their line-up after several ÜS-based acts, including Saturday night headliners Mercyful Fate, announced they had been forced to abandon European tour plans due to ongoing COVID-19 travel restrictions.

Other ÜS acts forced to pull out of Bloodstock, and other European festival slots, are Philip H Anselmo & The Illegals, Butcher Babies, Life Of Agony, Sacred Reich, Necrot, Exhuned and Unto Others.  Several other ÜS acts, including Black Dahlia Murder, Cattle Decapitation, Unleash The Archers and Vio-lence, are still scheduled to appear, as is Canadian guitar widdler Devin Townsend, who is due to headline the Friday.

ÜK bands have been quick to take up to the challenge of filling the breaches created by the cancellations, as Bloodshot Dawn, Evile and Seidrblot have been added to the bill over the course of the weekend.

At the moment, the ÜK government’s timetable for its much-vaunted roadmap permitting, Bloodstock is due to take place at Catton Park in Derbyshire over the weekend of 11-15 August. Tickets are still on sale HERE. 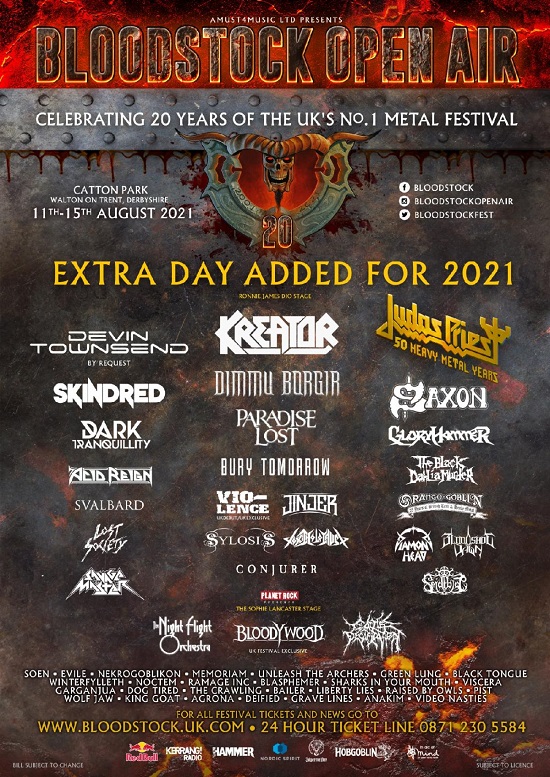