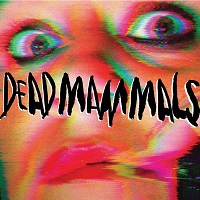 If someone had described this album to me before I heard it, I would have never picked it up. “Noise Rock” is not something that sounds appealing to me, so I have mostly avoided the genre – but if I had skipped this one I would have been missing out. This is so much better than what I had envisioned in my head or had experienced in the past. I expected things to be very chaotic and incoherent, like how my parents used to describe my music taste when I was a kid. Instead, what we have here is a very complete and enjoyable experience.

Everything is far calmer than I expected. There is a very pronounced rhythm to every track all lead by a heavily distorted bass guitar. I love this bass-forward style. It is not something I hear all that often when the bass is driving the whole show and when I do it always feels like something special. There is no unnecessary complexity. Instead, there is a subtly to everything. Just a baseline that is occasionally complemented by drums or guitar with heavy distortion coming in and out of the mix only as needed. Just enough complexity to keep the tracks from feeling repetitive. It is very well done.

The vocals really add to the experience. While mostly staying in a screamed range occasionally they come down to a more spoken-word style adding a decent variety to the tone. It even goes beyond that though, there are different effects used on the vocals making every track have a very different feel to it and giving the whole album a very complete experience. The distortion on the vocals perfectly complements the whole musical style and the whole album ties itself together perfectly.

I came into this with incorrect expectations that a genre that describes itself as ‘noise’ would be mostly incoherent noise. Instead what I found is that, while noise is an accurate description it can be a very collected and complete experience. Every note feels intentional. Even when things do get chaotic there is still has that feeling of control. That it is all as it should be and I would not change a thing. Dead Mammals has made something pretty awesome here and I wholeheartedly suggest picking up a copy for yourself. I don’t think you will regret it and, in my case, I think I need to give this genre another try.