We should probably preface the Friday line-up by mentioning we’re already a bottle of whiskey in by the time Divine Chaos finish their main stage set. But then, when you can gorge on a buffet of technical riffs and snarls, how else can you start the third day of a festival off? There’s already been some optimal thrash offerings at Bloodstock long before the main stage ever opened, but Divine Chaos feel like a whole new breed of nasty brilliance. Taking their cues from this side of the millennium, the band take off like a rocket and give the perfect introduction to get us all in the party mood. 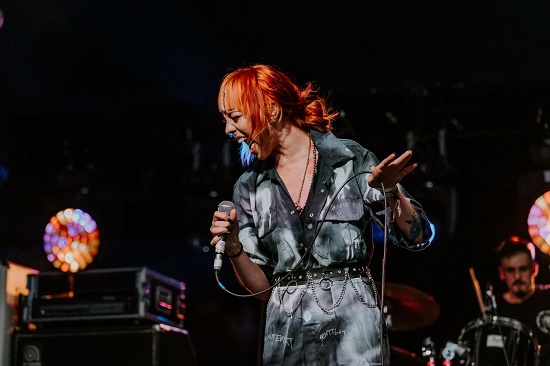 Next up is to catch Black Country based newcomers Insurgent in the New Blood tent. The band’s debut EP has barely been out a fortnight – and they are contending with post-hardcore favourites Svalbard no less – but the tent quickly fills up as Insurgent ply their ambitious take on progressive metal. Choruses soar and riffs crash-land like cosmic meteorites, an epic collision of styles marking the band’s festival debut inn memorable fashion. Vocalist Katie Teitge brings a gravitas that begs to see the band pushed onto bigger stages, but the massive grins on the faces of every member shows they aren’t overlooking the significance of the occasion.

A year away from festivals and we forgot just how brutal the clashes can sometimes be. We catch the tail end of a stunning Svalbard set, the band clearly thriving on the main stage as their own ambitious sound translates into a sense of grandeur befitting the return of live music. Sticking around on main, its yet more thrash as ‘80s warriors Acid Reign storm the gates. While Onslaught largely ply the satanic elements of thrash’s underground, Acid Reign feel more aligned with the Metallicas or even Triviums of the world, songs often wrapped around massive choruses, suiting their main stage slot well.

Garganjua are well into their slot when we arrive at the Sophie tent, which naturally means the band are likely about finishing up their opening number. Epic progressive doom stylings suit the confines of the tent perfectly, shades of post-metal slipping in between the cracks as riffs burst in like a tidal wave. Considering the heights (and hype) fellow Midlands low-end menaces Conjurer have managed to amass, it feels like Garganjua could very well come thundering up from the underground at any minute, their sound no less ambitious or colossally powerful in its execution.

Considering we had an excellent time watching Higher Power just a few weeks earlier at the Download Pilot, we approach their Bloodstock set with a sense of trepidatious excitement. While hardcore isn’t entirely anathema at Bloodstock, nor does it make up part of the festival’s staple diet. There’s no denying the sheer anthemic energy that HP bring to the stage though, songs from ‘27 Miles Underwater’ designed specifically to tap into the 90s nostalgia boom. It works for Turnstile, after all… But then, Turnstile aren’t playing to a crowd of heavy metal enthusiasts. While HP’s set isn’t a net loss (those songs are killer, after all), it does feel slightly too alt to really gather momentum and completely win the crowd over. Personally, we can’t help but wonder if a few of the riffier beasts from the band’s 2017 debut ‘Soul Structure’ wouldn’t have been just what the doctor ordered to chase a day of thrash and post-hardcore. 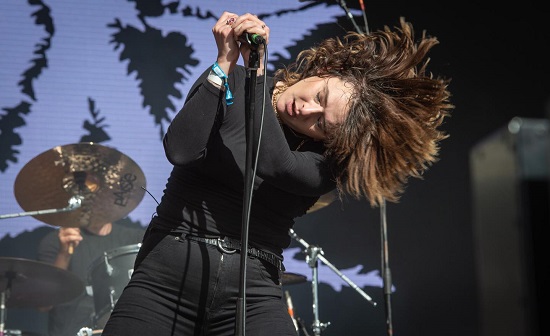 By way of contrast, Venom Prison’s adoption of hardcore within a classic death metal structure feels like it couldn’t work anywhere quite so well as Bloodstock. Showing just what they can do given a mainstage spot, VP’s set sees pyrotechnics perfectly complement the utterly infernal racket the band themselves unleash. Occasionally riffs are blown away by the wind, but when the sheer carnage of a song like ‘Uterine Industrialisation’ lands it feels akin to being sideswiped by a double-decker. This band’s third full-length (not counting the recent demo re-recording) can’t come fast enough as Venom Prison are about the most exciting thing in British extremity right now.

The Wildhearts already banished the spectres of a misfired performance at Download Pilot by completely owning Steelhouse Festival, but that doesn’t stop their triumphant return to Bloodstock feeling momentous. Not only do they pull a much bigger crowd than at their 2019 debut at the festival, they open on the enormous ‘Diagnosis’ to ensure the sing-alongs are coming thick and fast from the start of the set. There aren’t any major surprises (aside from perhaps the lack of any new singles, the new album just a couple weeks away after all), but you can’t argue with the sheer thrill of belting out the likes of ‘Everlone’, ‘I Wanna Go Where The People Go’ and ‘Sick of Drugs’. Over 30 years in, The Wildhearts continue to prove why they are such a beloved fixture of the British rock scene, able to comfortably rub shoulders with bands at a hardened metal fest just as easily as they would a classic rock roundup. 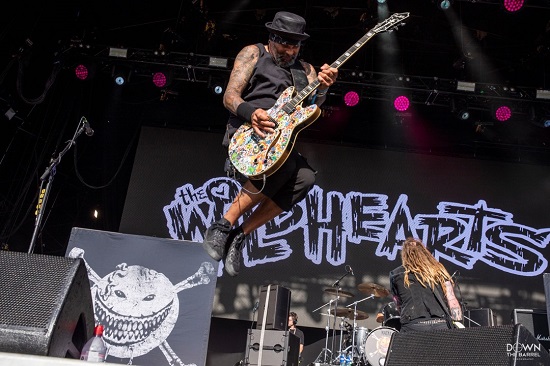 It’s been nearly three years since Evile played a gig, longer than that since guitarist (now vocalist) Ol Drake played with the band. To call their Bloodstock anything but a triumphant comeback would be doing it a disservice, the sheer amount of love for the band palpable as they come roaring onto the stage with the title-track from this year’s ‘Hell Unleashed’. Songs from each of the band’s five records make an appearance in their all-too-brief set, but unsurprisingly it is the band’s debut ‘Enter The Grave’ that dominates the set. After all, not only is it the record that broke the band to international audiences (lending them status as Britain’s answer to the late-00s thrash revival pouring in from the ÜS), but it is also the closest in tone to their newer material. Sticking to the harder songs in their catalogue, Ol ensures a level of tonal consistency throughout the set that keeps feet firmly in the underground as the war machine kicks back into gear.

A ’quick trip to the bar’ before hitting up Skindred means we miss the Welsh metal heroes entirely, the day (and consumption) weighing heavy on our all-too-mortal frames. We still manage to stagger back into the tent just as doom brutalists Conan take to the stage however, ready to be devoured by a wall of grimness. Guts are churned as the band unfold their cosmic abyss-gazing, but somehow the sound just doesn’t quite deliver the sheer crushing heaviness we’ve come to expect of Conan. The set is plenty grim, but against other doom-sayers at the festival Conan don’t quite manage to pierce through the veil, the usual wall of bass reduced instead to a picket fence. It still manages to trick us into falling off the planet mind, a residual memory of bright lights as ‘Foehammer’ pounds us into dust. 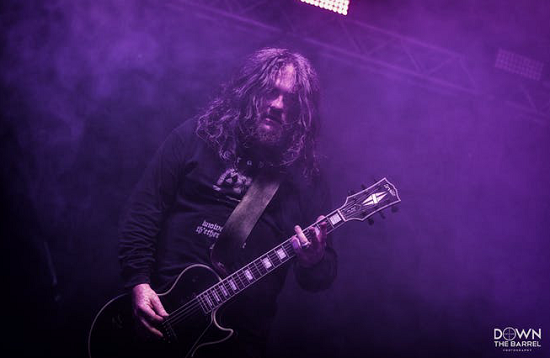 So effective is it, in fact that we’ve barely managed to reform by the time Napalm Death take the same stage later that evening. By all accounts Devin Townsend put on a performance for the ages, but it is the sheer bluster of Birmingham grind that finally brings us back to planet Earth as the band sink their teeth into a 20-odd song set. The crowd is a typical Napalm affair; a writhing mass of colliding limbs and juices sprayed across the ground as they suck up 40 years’ worth of British extremity. Napalm’s new record makes a delightfully heavy showing in the set, showing that while the likes of ‘Scum’ and ‘Suffer’ have become near-obligatory mainstays, there’s no fucking with the genius of newer songs like ‘Smash a Single Digit’, ‘Backlash Just Because’ and ‘Contagion’. The band’s more esoteric material remains largely relegated to the sidelines, but that doesn’t stop them bringing out an utterly brilliant ‘Breed to Breathe’ partway through the set to remind everybody that the risks they took in the ’90s often yielded material that still feels transgressive even today. You can’t say fairer than that for a band that thrives on pushing boundaries as far as they will go. 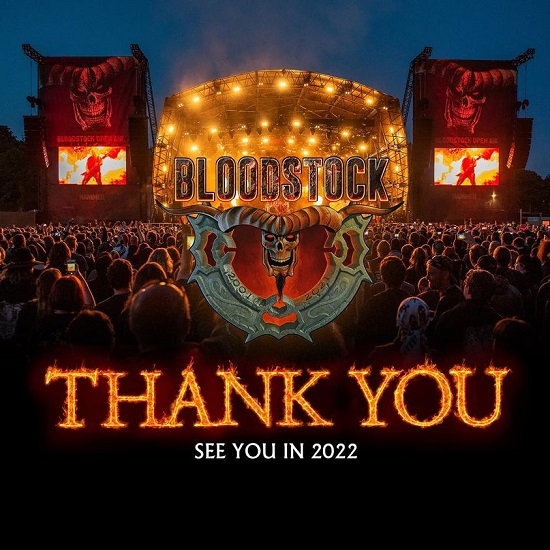