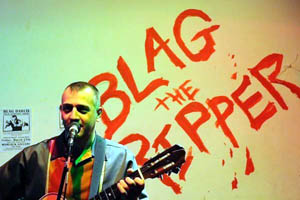 Legends don’t come much more legendary than the frontman of the most bizarre and misunderstood band of our time, namely Blag Dahlia from The muthafucking Dwarves.

The Dwarves have been there and done the lot, drugs, sex and faked deaths are just the beginnings of a band history that reads like a work of fiction.

During their twenty something year career they also just happened to produce some of the finest punk rock music ever to come out of the US, and anyone who doesn’t possess such classics as The Dwarves are Young And Good Looking or The Dwarves Come Clean really do need to take a long hard look at their record collections, or simply just burn them.

So, when the aforementioned Mr Dahlia recently released his latest side project Candy Now! on the unsuspecting public I saw it as the perfect opportunity to have a meeting of minds with him at Uber Rock; sort of Godzilla meets American Godzilla (the musical).  Bleed On.

Hi Blag, thanks for taking the time out to talk with Uber Rock.  It is a real honour to have you as a guest on our new site.

Thanks for having me.

Let’s start with the here and now , what’s this new Candy Now! record all about? (You can read what I think about this sublime debut album from Candy Now! here)

It’s a bunch of songs that I couldn’t do in the Dwarves.  They were too damn catchy to remain in my head forever.

You’ve been heard to describe the record as retro lounge, I can certainly hear the sixties pop influences, but what the hell is retro lounge?

Some of the arrangements and instrumentation are loungey.  I don’t know exactly, I think we just threw any adjective at it to get people to buy it.

So is a reaction to just how predictable the punk rock scene is again right now?

The Dwarves themselves have always been a reaction to that.  Something new is always nice to do.  Candy Now! is a whole different ball of wax.  I’d never done a duet before, so it was out of the comfort zone.

For those who don’t know, you share vocals with Angelina Moysov (of Persephone Bees) in Candy Now! and the chemistry is immediately obvious, especially on ‘Waiting Here for You’, what was it like to work together?

(You’re like the Plant and Krauss of Retro Loungecore) 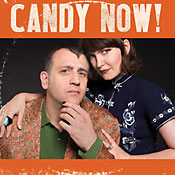 We had a lot of fun.  ‘Waiting Here For You’ was hilarious; she wouldn’t listen to anything before hand or rehearse so I had to teach her the damn thing on the spot.  Fortunately she’s so good she can get away with it.  We’re like Mussolini and Cher!

And you also have Nash Kato and Bart Davenport adding their own ingredients to what is a pretty infectious set of tunes, how do you feel their input turned out?

And are there any plans to take Candy Now! out on the road Blag?

We want to play some shows, but we shall see what happens.  I’m embroiled in a new Dwarves record at the moment.  I think Candy Now! turned out great.  I was really happy to do something totally different.  Maybe next time it’ll be a Klezmer album or Tuvan throat singing or something.

Tracks like ‘Take Me to Your Leader’ and ‘Revolving’ on Candy Now! really could be Dwarves cuts though Blag.

I’ve always been hooked in by that pop angle the Dwarves have whilst riffing the fuck out of tune?  Is that something you deliberately do, you know? If it sounds good on an acoustic it’ll sound awesome produced in the studio?

I tend to write on an acoustic guitar.  I can’t play anything complicated so I think that adds to the catchiness.  We’ve really made incompetence work for us!  Also Tom Ayers (also of Persephone Bees) did an amazing job arranging everything and pretty much playing everything as well.  The guy plays guitar, bass, acoustic guitar, electric keys, piano, banjo, vocals…the guy’s a damn genius. 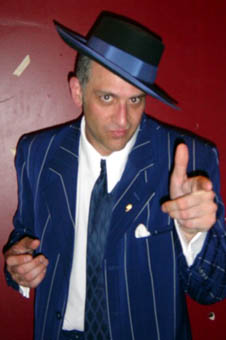 And that leads us neatly to the album closer ‘Bitch I Love You’, which I think I saw you last play as part of the Uncontrollable UK tour.  Why didn’t the dynamic duo ever get in a studio, I had such high expectations for those guys (Laughing)?

Me and Nick plan to make a record of that stuff someday, but he’s been playing bass and singing on this new Dwarves shit so it’ll have to wait.  He’s great on acoustic.  It’s like Pete Seegar getting electro shock therapy.

Around that time you were also promoting your second book Nina. (Which was a quality piece of smut that when I was reading on the bus/train I was always wary that someone might actually be reading it over my shoulder and thinking you sick fucker) Any plans for any more books?

Yes, I’m doing one about a conservative radio talk show host who discovers how to be a human being.  It’s fiction!

And, I obviously couldn’t do an Interview with you with asking “What’s next for the mighty Dwarves?” I hear your being Born Again or something.

That’s right, THE DWARVES ARE BORN AGAIN!  Due out in Spring 2010 it’s shaping up to be another classic celebrating 25 years of madness and insanity.  And all of the Dwarves past and present appear on it in some form.  We really are the best band ever, Johnny.

And isn’t Hewhocannotbenamed planning a solo album some time soon? (I cannot start to imagine what that will sound like)

It’s done and it’s great.  HeWho sings as well as writing everything and playing guitar.  It’s got some of his best songs ever; the man is a myth an icon a legend!

I just figured it’s been nearly 5 long years since I last saw The Dwarves live (Download Festival and Birmingham Academy).  Now we run a regular feature on Uber Rock called Gigs from Hell, so can you give us a few juicy nugget we can use?

Anything in Detroit sucks.  Also, what they call ‘summer’ in the UK can be dodgy.  What can I say, we love to play so every show is fun and the ones that suck make for great conversation.  Someday… (OK Blag we’ll hold you to that one, and return for some Gigs From Hell soon)

Which then obviously raises the question of when can we expect to see you sluts back in the UK?

Being the photogenic legend that you are you’ve also been involved in some films over the last few years and Pot Zombies immediately springs to mind, in all its Tromaville glory.

Then I spot something called Loren Cass with your name all over it, so what’s that all about?

Loren Cass was an independent movie out of Tampa, FL that has arthouse overtones and gritty sex and drugs against the decadent backdrop of our country’s most retarded state.  I did the voice over stuff and improvised a plot for it.  Worth seeing if you’re on dope!

And for my Uber Rock film geek buddy Gaz E do you have any quality Troma related tales of gore and low budget grime?

No!  Those fuckers need to start paying for songs and stop acting like a charity. 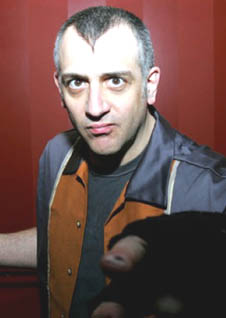 Finally we would appreciate it if you could undertake the Uber Rock psychometric analysis…. just for fun.

Ramones, AC/DC or Turbonegro?  Ramones (sorry Tom, but you know the deal!)

Tony Bennet or El Duce?  Whichever one is still alive.

Blag Dahlia scores 667% (one more than pure evil) on the test and is forever a friend of ÜBER RÖCK!!!! And with that we’d like to thank you for taking the time to talk with us at Uber Rock, good luck with Candy Now! and the new Dwarves album plans.

For free songs, videos and dirty pictures, check the Dwarves site at-